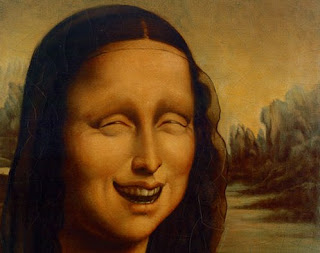 The keepers of the Al-Dura myth were caught off balance by the May 21 appellate court acquittal of Philippe Karsenty, convicted of libel by a lower court for declaring that the Al-Dura “death scene” was staged.

Had they swallowed the verdict with pained silence, the affair might have dropped back into limbo. But they went public in what looked like a desperate attempt to “settle out of court” or, more exactly, settle without the court by pleading the case in friendly media – at a safe distance from judges, lawyers, and the defendant.

It began with plaintiff Charles Enderlin reheating, in the meanderings of his France Télévision’s blog, the arguments that had just been dismissed in the halls of the Palais de Justice. Presenting himself as the victim of a seven-year slander campaign, he demonstrated – once again – that there is no journalistic evidence to back up the Al-Dura report.

If Enderlin had evidence, he would have presented it seven-and-a-half years ago, when he told the world that Israeli soldiers were heartless child-killers. He would have presented it in 2005, when he and state-owned France 2 TV sued three Web sites with the declared intent of silencing critics. If he had convincing evidence, he would have shown it to the appellate court. In fact, there is nothing left standing of the al Dura news report at the end of the 13-page apellate court ruling (a complete English translation is posted on www.theaugeanstables.com). The court validated, item by item, all the evidence presented by Philippe Karsenty.

THIS DOESN’T, however, keep ill-informed commentators from confusing affirmations with evidence, and reiteration with corroboration. And it didn’t stop several hundred French journalists from signing “An Appeal for Charles Enderlin” in the upscale left-wing weekly Le Nouvel Observateur. Deaf to the eloquent reaffirmation of journalistic ethics stated in the appellate court ruling, they expressed dismay that the court had granted equal credibility to a scrupulous journalist working under difficult conditions and to his detractors, who – with no experience in conflict-zone reporting – were simply trying to discredit him.

Here is Enderlin’s defense in a nutshell: “I’m the journalist, you’re a nobody. I know everything, you know nothing. If you criticize me, it’s slander.”

Citizen-readers, overwhelmingly critical of this appeal, have greater mastery of the issues than the know-it-all press corps.