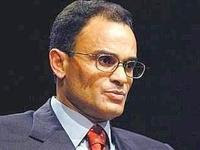 AKI: “I find it extremely worrying that today we can find Internet sites, full of al-Qaeda-inspired thought in Italian language, giving support to Bin Laden’s terrorism,” […] “I find this serious because the writers of these sites are most likely Italians,” […] “I think that this incident should make us understand that Italy has reached a higher and more advanced phase of Islamic terrorism, radicalism and extremism, as it occurred in Great Britain, France, Holland, Germany and Belgium.”

Magdi Allam has been targeted for assassination by al-Qaida affiliated group operating a website in Italian. The high profile conversion of the Catholic convert from Islam, Magdi Allam, has created a major ripple effect throughout the Islamic world. Allam’s conversion sends a signal to all of those other converts from Islam that the Holy See, not only acknowledges their existence, but it offers them support as well.

The Jihadis are of course fuming in anger and rage because, that’s what jihadis do best, seeing that they lack the capabilities to offer an intelligent response to conversion from Islam. Their prophet ordered that opastates are to be murdered if they dare turn away from the “Cult of MO”, and “by George” that’s what they will do if any Muslim dares to quit the “Cult of MO“.

Then there is the issue of how Italy has become a den of Islamism, that even reaches the levels found in the states of Great Britain, France, Holland, Germany and Belgium. The Islamists have got to be stopped, and the way to do that is to expose them, and their efforts, to the light of day. The Virginians have done just that, and the Italians must follow suit. Hoperfully stellar voices like Magdi and others that follow in his footsteps will make enough noise that the whole sick Islamist subculture will come crashing down on thier heads. Allam Magdi shows the way:

“In a book entitled, Long Live Israel, Allam said “the root of evil is innate in an Islam that is physiologically violent and historically conflictual.”Exactly to the point. *L* KGS