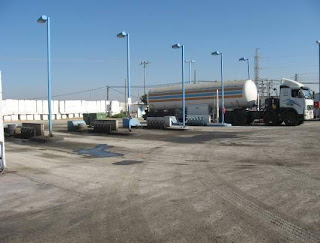 One of the main problems with the Finnish media is its consistent failure to provide an accurate picture of the individual incidents that take place in the ongoing conflict between the Israelis and the Palestinians.

The way it’s reported here in Finland, Israel is always depicted as shouldering the lion’s share of responsibility for the welfare of the Palestinians, and not the Palestinians themselves. It’s like there is only one party (Israel) involved in the fighting. How convenient for the Palestinians.

The way any one singular incident is reported can be predicted way in advance. Take for an example the recent situation in which Finland’s YLE reports the UN’s criticism of the fuel shortage in Gaza. While the report does indeed touch on the fact that Israel and the Palestinians have clashed on the Gaza border, there is no mention of the fact that the Palestinians themselves have repeatedly attacked the very same petrol station that supplies Gaza with its fuel. Read on.

“According to the UN, Israel’s blockade threatens to end already tomorrow Thursday the distribution of food-aid to Gaza’s Palestinians. Palestinian aid organization UNRWA announced that is distribution vehicles cannot get fuel due to the blockade of Gaza. UNRWA and the food adi program WFP dispense food to over a million Palestinians in Gaza. The situation has worsened, that also the Palestinians mills and fishing boats are without fuel.Israel has closed the greater part of the border traffic as a counter measure to attacks by Palestinian gunmen. Palestinian gunmen and Israeli soldiers have recently clashed on the Gaza border almost daily.”

The same report in Finnish can be viewed here.

The same type of reporting can be seen in a al-Beeb report as well.

Al Avai takes note: “The BBC devoted quite some time this morning to the UN stopping food aid to Gaza due to “fuel shortage,” without mention that Hamas is attacking the fuel transports themselves. They claim the fuel is virtually gone. The BBC mentioned “attacks on the border crossings” without mentioning that the attacks were on transports and within Israel, and that civilians were killed.”
Both news sources are virtually identical in their refusal to mention the fact that the Nahal Oz fuel depot has been the repeated target of attacks by the Palestinians themselves, and one has to ask…why is that?

Answer: Because the Palestinians are considered the weaker side in the conflict, and therefore cannot be held too accountable for their actions. In other words, they are being treated as second class people who have to be treated like children, no matter how violent they behave and no matter how much misery they create for their own people.

The media is behaving in a very patronizing and racist manner towards these Arabs, and it comes at the expense of the truth. They are being very dishonest and treat the public with disdain, and if not for the blogosphere, their continual mishandling of the news would never be brought before the public eye. *L* KGS

UPDATE: Al Avai says that the al-Beeb has actually reported the facts about the supposed fuel shortage. There is none!
You have a situation where the Hamas regime in Gaza is deliberately holding up supplies for its own political reasons, which are difficult to understand,” he said. “But the truth is there’s a very consistent pattern here. The oil terminal itself was deliberately targeted by Hamas just a few days ago, that was the second attack in that vicinity in a very short period of time,” he added. “The terrorist regime in Gaza is deliberately attacking the crossings that supply the Gaza people with these important supplies.”
Read it all here!
UPDATE: 16:35 YLE still staying true to form, in their own updated version of events (updated 16:10) concerning the fuel shortage problem in Gaza. They now report that the fuel is going to be delivered by Palestinian fuel distributers. They go on to say only that Israel is blaming the shortage on Hamas, and repeat the orignal article.
At least the al-Beeb came clean. That’s something …right?