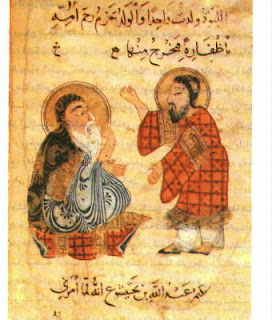 Dawa: An invitation to non-Muslims to accept Islam. Performing Dawa involves both words and actions. Is the US health care system really that bad off?
AlArabiya.net: A group of Muslim doctors has opened the first free clinic in Ohio run by Muslim physicians, press reports said. “It is a small attempt by Muslims to help solve the health insurance crisis in America,” Dr. Esam Alkhawaga, a psychiatrist and spokesperson for the free clinic, told Al Arabiya.net on Monday.
[…]
The clinic is the brainchild of the Dayton Mercy Society, a Muslim group that promotes community service and Islamic values. “Our goal is to engage the Muslim community in outreach work and let people know that Muslims are part of this community,” Dr. Alkhawaga, who sits on the board of the society, told the Dayton Daily News. “Most of us (at Dayton Mercy) are physicians and we felt as Muslims this could be the least we could do to give back to America for what they’ve done for us.”
As far as mere words are concerned, all could be very well, fine and dandy, but the more one learns about Islamic “outreach”, one discovers that there are usually strings attached where one wouldn’t expect to find any. Also, why in the world does it have to be called a “Muslim clinic“, I wouldn’t have given it any further thought had he (Dr. Alkhawaga) stressed that it’s just a clinic that happens to be run by a group of Muslim doctors, …and open to all.
Perhaps it’s to reassure Muslim women that they won’t have to see any male doctors, so that would make the clinic’s true purpose really one of servicing the Islamic community, not the public in general. It also means that they will be reducing contact between Muslims and the non-Muslim community in the Dayton area, which carries all the hallmarks for setting up of a parallel society. Not good.
But as usual with zakat, it’s less than appears to the eye, it’s only open 4 hours a week, so big deal! It’s maximum grandiosity with minimal actual donations, or in other words, big PR, little action. If the Muslim clinic is truly resting on “Islamic values”, it will be interesting to find out exactly, what values they are promoting and to whom?
If one were to be cynical, the next logical question would be, will they be offering free clitoridectomies? More here. *L* KGS
H/T Baron Bodissey