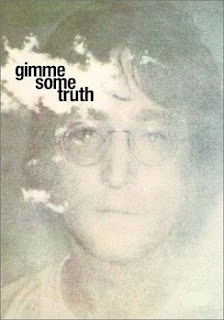 IMAGINE if the West had a spine and called a spade a spade.

Barry Rubin offers some very valid and lucid reasons why the West cannot afford to continue it’s current path of moral/cultural relativism, and continue to serve as a bulwark for freedom and defender of human rights and civil liberties.

Rubin: The Middle East today is driven by five big conflicts: individual states jockeying for power; the Iran-Syria alliance against everyone else; each country’s internal struggle between Arab nationalists and Islamist; the perennial Sunni-Shi’ite tug of war; and the Arab-Israeli conflict.

No wonder there’s so much turmoil

To many in the West, this seems a time-wasting matter of “false consciousness.” One need merely explain their true interests to the Iranian and Syrian governments, to Hamas or Hizbullah, to Arabs and Muslims, so they can rise to moderation. Western sins will be atoned by throwing out Israelis, Lebanese, and Iraqis with the bath water.

How can the doctrine now dominating Western discourse possibly understand these issues, especially when the song of the siren is heard in the land? Call it Lennonism, not the Leninism of Vladimir Ilyich Ulyanov but of former Beatles member John Lennon.

His blueprint for utopia would be a better theme song for the European Union than its current anthem:

As Ira Gershwin’s famous lyrics have it: “It ain’t necessarily so.”

There are several problems with Lennonism.

First, contrary to current wisdom, love of country and belief in religion can be a very productive thing – depending of course on specifics.

Second, despite the misdeeds committed in the name of deity and country, those guilty of the committing similar ones today are rarely from Western democracies. After centuries, the West has developed a tolerant form of patriotism and religion. Why abandon what you’ve managed to tune properly?

Third, it’s quite true that some use God to justify their own will and terrible deeds but, as Fyodor Dostoevsky reminded us in 1880, if God doesn’t exist, morality rests on a weak foundation. Consider the case of legendary music tycoon Phil Spector, who produced the record Imagine. While Spector beat a recent charge of first-degree murder of a woman who resisted his advances, the trial brought out his likely guilt, madness, violent propensity, and massive drug and alcohol abuse. What Lennon glorified as “Living for today” usually means mindless consumerism.

For Karl Marx, religion was the masses’ “opiate,” the drug that kept them from being aware that they should be busy overthrowing the ruling class and installing a socialist utopia. Marx was in disagreement with the proto-Zionist Moses Hess, who called religion an opiate in the sense that it was a healing balm that reduced life’s pain.

And while patriotism might be the scoundrels’ last refuge, in Samuel Johnson’s famous phrase of 1775, hating one’s country and religion is the first.

IN ANY CASE, the Middle East is not ready for the Lennonist vision. For those confronting the real threat of radical Arab nationalism and Islamism, Lennonism is unilateral disarmament. The more Lennonist the West, the more contemptuous and certain of victory are its enemies. To make matters worse, Lennonists give the Middle East a free pass, arguing that Arabs and Muslims have such compelling grievances that they cannot be expected to indulge in this elevated philosophy. In effect, the Lennonists accept the notion that Western civilization is an empty cart which must give way at the bridge to the full cart of those who really believe in nationalism and religion.

According to this view, those who want to kill you are reacting to past oppression and so that makes it okay. The West must destroy its own patriotism and religion while appeasing that of those who “really mean it.” And let’s not forget that if you ridicule Christianity and Judaism or slander America or other democratic states no one will cut off your head. Instead, you will become a hero to the intellectual and cultural elite.

In Barack Obama, America now has its first Lennonist presidential candidate. He recently accused average small-town Americans of being bitter over economic problems and so “they cling to guns or religion or antipathy to people who aren’t like them or anti-immigrant sentiment or anti-trade sentiment as a way to explain their frustrations.”

This is a version of the Marxist concept that anything other than determination to pursue economic well-being through a leftist utopian solution is “false consciousness.” Ayatollah Ruhollah Khomeini explained 30 years ago that anyone thinking Islamist revolution’s purpose was “to lower the price of housing or watermelons” was a fool.

THE REAL world is tough. Conflict is real, hate effective, and there are people out there trying to kill you. Better hope there are some on your own side motivated enough by patriotism, religion, and love of liberty that they’ll put their bodies between you and the bullets because they think there is something worth killing and dying for.

Lennonism is intoxicating: believe in change; all can be okay if we just keep apologizing and don’t offend anyone. Unfortunately, though, nowadays there are many who, to quote Lennon, “dream the world will be one.” And the world they envision as one would be living under a caliphate.

Time for the West (Europe in particular) to stiffen up its spine and shake off the stupor of doughy socialist thought that has governed much of its policies vis-a-vis the Middle East and Islam, before it’s too late. Rubin’s observation of the “Lennonists” giving the Middle East a free pass” is a subject that the Tundra Tabloids has dealt with repeatedly.
It can be summed up as being nothing more than a “humanitarian racist” view held by many in the West towards the Arab/Muslim world, that sees little to be gained by treating all peoples everywhere, with the same expectations for moral and just behaviour that they demands of themselves. Hence the double standard.
Kudos to Prof.Barry Rubin for calling a spade a spade, and political correctness and cultural relevancy be damned. *L* KGS