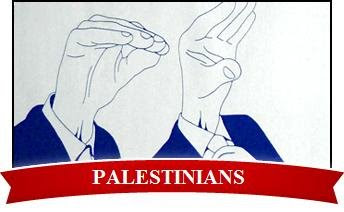 Out of their own mouths they betray themselves. Time to shelve the mantra that the PLO changed its charter -during the Clinton years- to recognize Israel. It’s one of the greatest scams pulled off by Arafat before his untimely demise. I say untimely because it happened thirty years to late. Just think of all the lives that could have been saved, both Arab and Jew.

Primer Prez comments over at PRIMER-Connecticut (a recommended first stop for any one interested in analysis of the Israeli/Arab conflict) about the PLO ambassador’s admission that the PLO charter remains unchanged: “None of its contents is a surprise, but it does bring home the question: “when are we going to pretend Abu Mazen is a moderate?”

“The PLO is the sole legitimate representative [of the Palestinian people], and it has not changed its platform even one iota.”

That’s what the PLO’s ambassador to Lebanon, Abbas Zaki, told Lebanon’s NBN TV in an interview that aired last Wednesday and was translated by the Middle East Media Research Institute (MEMRI).”In light of the weakness of the Arab nation and the lack of values, and in light of the American control over the world, the PLO proceeds through phases, without changing its strategy.

Let me tell you, when the ideology of Israel collapses, and we take, at least, Jerusalem, the Israeli ideology will collapse in its entirety, and we will begin to progress with our own ideology, Allah willing, and drive them out of all of Palestine,” added Zaki.

The clip can be viewed at www.memritv.org/clip/en/1738.htm.

And in a sermon televised on Friday, Yunis al-Astal, a Hamas MP and cleric, told worshipers that Islam would soon conquer Rome, “the capital of the Catholics, or the Crusader capital, which has declared its hostility to Islam, and which has planted the brothers of apes and pigs in Palestine in order to prevent the reawakening of Islam,” just as Constantinople was.

Rome, he said, would become “an advanced post for the Islamic conquests which will spread through Europe in its entirety, and then will turn to the two Americas, and even Eastern Europe.”

In his address aired on Hamas’s Al-Aksa TV and also translated by MEMRI, Astal told his audience: “Allah has chosen you for himself and for his religion, so that you will serve as the engine pulling this nation to the phase of succession, security, and consolidation of power, and even to conquests through da’wa [preaching] and military conquests of the capitals of the entire world.”

“I believe that our children or our grandchildren will inherit our jihad and our sacrifices, and Allah willing, the commanders of the conquest will come from among them. Today, we instill these good tidings in their souls, and by means of the mosques and the Koran books, and the history of our prophet, his companions, and the great leaders, we prepare them for the mission of saving humanity from the hellfire on the brink of which they stand.”

The clip can be viewed at www.memritv.org/clip/en/1739.htm

For you see, the Islamic hatred for the Jews has its beginnings in early Islam, where they are blamed for the death of Mohamed. Read Andrew Bostom’s important reference work on Islamic antisemitism:

Sir John Drummond-Hay (1816-1893), was a British diplomat and fluent linguist, with an extensive knowledge about Morocco, having lived with his father (Consul-General Edward Drummond-Hay) in Tangier from the age of 16, and served as a trusted personal adviser to three generations of Moroccan Sultans. Writing in 1844, Sir John noted the belief among Muslims of the North African Maghreb (especially Morocco) that, [93]

“…if a Muhammadan walks on a Jewish grave he gives relief to the infidel in it, who is in torture, and that for this reason he should keep away from the grave.”

Indeed the notion that Jews are condemned, rightfully, to such eternal torment after death is made clear by Muhammad, as recorded in the canonical hadith collections of Bukhari and Muslim:

Narrated Abi Ayub: Once the Prophet went out after Sunset and heard a dreadful voice, and said, “The Jews are being punished in their graves” [95]

Tudor Parfitt’s 1996 analysis of the 20th century exodus of Yemen’s Jews, [96] leading to the liquidation of their ancient community, observed that Jews figured prominently in Yemeni proverbs and expressions, including this common reference to Hellfire:

It used to be the case after saying “It’s hot today” to comment “Ah! A Jew must have perished”—an allusion to the Jew burning in Hell.

And then in “Good Terrorist, Bad Terrorist“, David Hornik proves that Mahmoud Abbas in no moderate, being no better or worse than Hamas. So in reality, the US’s official rapprochement with Fattah/PA is more or less the moral equivelent of Carter’s planned meeting with Hamas.
Interesting huh? *L* KGS