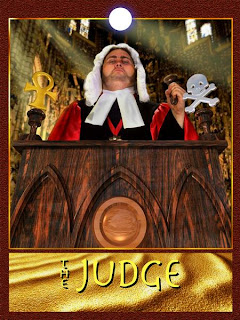 The Judge Sayeth, Wilders did not spread hate! There was never any truth to the claim that he was spreading hatred, but truth about the violence in the Qur’an, and about those who use its verses to validate their violent deeds.

A judge has ruled in a case against MP Geert Wilders brought by the Dutch Islamic Federation that Mr Wilders is not guilty of spreading hate, although his statements are provocative.

The Islamic Federation wanted a judgement on the Freedom Party’s leader after he compared the Qur’an to Mein Kampf. However the judge ruled that members of parliament have to be able to express their opinions strongly.

Being an ideology, Islam is very much a legitimate target for criticism, lampooning, making fun of or even debate. No one can dictate to another about what one can say about a religion or ideology.

A record of the meeting says the ministers were concerned about the end of the film in which Mr Wilders said he intended to tear out pages of the Qur’an and burn them in the fireplace. Mr Wilders accused the ministers of lying. D66 leader Alexander Pechtold says it is bad for the image of politics when an MP and the cabinet get into a situation like this. Last week the conservative VVD called for an investigation.

Geert Wilders has proved his point and stands head and shoulders above the braying class who refuse to voice the obvious. A state built on pluralism and separation of church and state, cannot maintain its liberal and democratic society, while appeasing adherents to an ideology that resides somewhere back in the 7th century.