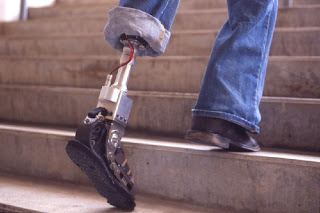 When it comes to reporting on the Middle East conflict, you know, the one between Israel and the Palestinians, journalists can be expected to write their articles along familar lines of thinking.

Barry Rubin offers some amazing examples of such typical reporting, as well as a few based on personal experience. *L* KGS

It’s hard to satirize a lot of media coverage about Israel and the Arab-Israeli or Israeli-Palestinian conflicts. The truly dreadful stuff is in the details, the small stories and big assumptions on which they are based, rather than in any “scoops” or blockbuster articles. There are basically two types of such articles. In one, the author’s basic and extreme political bias comes out clearly. The writer is consciously determined to slam Israel. This happens more often in large elements of the European press and in Reuters.

A Reuters reporter called me and told me that they were writing a story on how Israel destroyed the Palestinian economy. I suggested that perhaps they should do an article about the problems of the Palestinian economy rather than assume the answer. When the story came out, my short quote was represented fairly, but the rest of the article was totally biased, trying to prove a thesis, and even misquoted a World Bank report. In the article, the report blamed Israel for the problems but the actual text–available online–said the opposite.

Another personal experience. Australian Broadcasting Company, that country’s main and official television network interviewed me on the main events of the Middle East in 2007. I said that the most important single thing was Hamas’s takeover of the Gaza Strip, an action which set back the chances for peace by many years, even decades.

When the story was broadcast it had been edited so that I appeared to be saying that Israel policy had set back the chances for peace by many years, even decades. I filed an official complaint and in the end they came down on my side, sort of. The decision was that the piece had been carelessly edited or something like that. In the online correction, however, they didn’t even say that but merely that I had asked that an explanation be added to make clear my point was not about Israeli policy. Of course, the reporter had done it on purpose.

But most silliness, especially in the U.S. media, is based on the blindness of assumption: of course Hamas could become moderate, of course the Palestinians want peace, of course Fatah is moderate, of course Israel treats them unfairly. So we get AP items like Laurie Copans, “Israeli-Palestinian Trade Suffers,” March 28. Oh dear, suffering trade. That’s bad. Wouldn’t more trade be good for everyone? The article is very long for AP, 22 paragraphs. It tells us a touching story about how–due to the fact that “the Palestinian driver did not have a permit through an Israeli military checkpoint and the X-ray machine at a crossing was broken,” a shipment of blue jeans for the Israeli market “arrived 8 1/2 hours later.”

Silly me. I expected the reporter would then compare a delayed shipment of blue jeans with the danger of dozens of Israeli civilians being murdered. Nope. Let me explain: this is wartime, safeguarding lives is more important than expediting clothing. If the Palestinians are not happy with the delays let them crack down on terrorism so that roadblocks aren’t needed.
Does the article make this point? Hardly, and even then only in a derisive way.
Here is paragraph four. Note how it tells you about the real story in a way that says it is totally unimportant:

“Israel agreed this week to issue more permits for Palestinian laborers and merchants, but has yet to take down any of the hundreds of West Bank checkpoints it says are necessary to stop suicide bombers. With little real progress on the peace front and violence persisting, Israeli-Palestinian business ties are discouraged.”

Now is it so unproved, a mere Israeli assertion, that checkpoints are necessary to stop suicide bombers, not to mention other forms of terrorism? It is well established that past terrorists have come through checkpoints yet this is treated as some possibly wild or at least unproven Israeli allegation. Are Israelis quoted for balance after all the quotes from Palestinians toeing the party line? Sure, but only if the Israelis say what the author wants:

“`Israel has an interest in not having hungry neighbors,’ [economist Ephraim] Kleiman said. `Israel has a vested interest in the economic well-being of the Palestinians. It’s much more important than any moral obligation.'”

Not Kleiman’s fault. What he said is right in context. But the reporter didn’t put it into context. Instead the message is: Trade is vital for peace and human needs. The Palestinians are hungry, if the Israelis hold up the jean deliveries it verges on being a crime against humanity, and security is either an illusory factor or an outright excuse. Oh, and there is also the big ending. Here it is:

“A harrowing incident made [Israeli designer Irit] Levzohar…thankful for the Israeli security.
“Once, when she made the trip to the West Bank herself, she discovered a stack of guns after she pulled her bags of clothing out of a Palestinian driver’s truck. “`I began to shake all over and I dropped the bags,'” Levzohar said. “`All I could think about was my children.'” “She confronted her Palestinian supplier, who promised never to work with that driver again, and reported the incident to the Israeli military. Now Levzohar says she only picks up clothes at authorized crossings. “`You can’t gamble for business,'” Levzohar said.”

Yeah, that seems a relevant consideration, doesn’t it? Perhaps it isn’t just an Israeli claim about the need for roadblocks to stop terrorists and weapons from getting into Israel. But that’s stuck in at the end (the part most likely, as AP editors know, to be cut by newspapers to make a piece fit) rather than made part of the lead. And probably it got in only because it was a colorful anecdote that spiced up the article. In many cases, pieces like this don’t even have that ending but stick to the usual framework. Trade is good; Palestinians are hungry; Israel is bad. The key elements involved here–terrorism is central, extremism among Palestinian leaders incites and organizes it, Israel wants piece while Palestinian groups don’t–is absent from most of the articles written on these issues.

No wonder so many in the West find the Middle East incomprehensible. A lot of the coverage makes it seem that way precisely because the reporting ensures that viewers don’t understand what is going on or how things work. Reminds me of what a very cynical Washington Post reporter once told me: “That’s why they’re called stories”