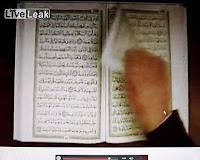 In today’s Helsingin Sanomat, journalist Matti Keppo chooses to label the 15 Minute movie, Fitna, written and produced by Dutch politician, Geert Wilders, as a provocation towards Islam. The Tundra Tabloids has viewed the comment section to the article in question, and finds that out of the (so far) 17 comments listed, only a couple actually agrees with the journalist’s view.
Here are some choice snippets:

M.R: Miksi islamia ei saisi kritisoida? Why can’t Islam be criticized? Why would this provocative movie be essentialy worse of an issue, than what the little girl said about Jews? Why can’t a religion be criticized, that teaches children to hate Jews? Certainly western freedom of speech should always take precedence over religious attempts to gain power. If we surrender our European traditions of free thinking, and throw ourselves before some religion, we have stepped back hundreds of years.

Into the Void: Provokaatiotako? Provocation?

The comments by the journalist shows clearly that he doesn’t understand what Wilders film is all about and what he’s trying to tell us. The movie is easily labeled as a cheap provocation, but the situation of human rights in Islamic lands, the status of women, sexual minorities and both religious freedom strong anti-Semitic propaganda are strong evidence of the evil circumstances Wilders is warning about. What’s ijn question is not an attack against Islam or Muslims, but a defense against violence, intolerance and doctrines of incitement for religious violence.

The film in question brings in a condensed way issues which you can’t say out loud, because the voices being heard will be deemd as “racism”. Our freedom of speech is already a travesty and it worsens day by day. The real provocation is in brainwashed radical Islam, which the film describes, not in the film’s publication.

Gert Wilders is one of those rare politicians in a European parliament who has his eyes open and understands the intentions of Islam. For that reason Geert Wilders’ film Fitna, should have a wider audience. As a European, I really don’t want inflitrate into Europe, and little by little take more and more power. Islam’s intolerance and violence truly frightens Jews, as well as towards women and free thinkers living in Islamic lands.

The issues shown in the film are reality. They are not simplified pieces or slogans under the Muslim’s belt It’s shocking to see how a hostile religion is indoctrinated to child from the very beginning it has learned to communicate (concerning the little girl in the film). The film hasn’t exaggerated in the least.

“17 minute provocation…” Once again a HS journalist echoes from the good old 70’s. Opposition to the Soviets has been changed to opposition of Islam and multiculturalism.

In my opinion, what’s in question is more of a wake up call directed towards the West. Laughably, though Matti Keppo tries to trash the “movie”, he doesn’t succeed in debunking the facts contained in the film.

There are more comments that continue in the same vein, that show that some of the Finnish public, in spite of being spoon fed a lot of PC nonsense from the Finnish MSM, are up to the challenge of defending free speech, knowledgeable of the facts and eager to comment on the issues of the day concerning Islam. In short, HS journalist Matti Keppo, is getting a thumping by a very intelligent crowd of commentors, which shows that there is indeed a lot of spine left in Finland. Now how refreshing is that! *L* KGS

Note that Matti Keppo changed his mind about just who Wilders was provoking in less than 24 hours. In the version published on 27 March, 11.03 pm, he wrote:

In the version published on 28 March, 3.04 pm, he changed this into:Elokuva on provokaatio ja sen on tarkoitus provosoida kristittyjä. (“The film is a provocation and it’s meant to provoke Christians.“)

Perhaps some Thought Police working for the HS had called up Wilders and asked the question that had been on Ezra Levant’s and Mikko Ellilä’s persecutors lips lately: What was your intent? 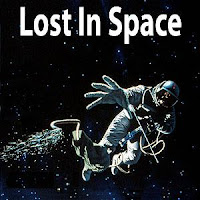 NOTE: The HS journalist, Matti Keppo is clueless to the reality, or worse, refuses to acknowledge the reality of a violent, intolerant Islam and the dangers it poses to the West.

That he ended up changing his text due to all the negative feedback that ripped his logic to shreds, speaks of just how lost in space these media types actually are.

One thing worth mentioning, is that the comment section is still decisively on the side of Geert Wilders. Finns are not caving in like the media and the political elites. Signs of backbone sprouting everywhere!