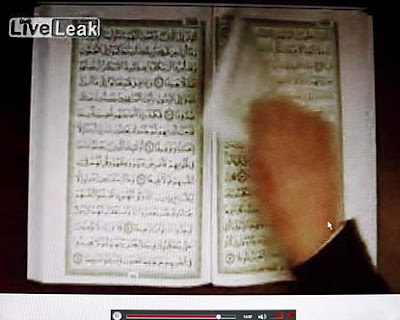 Well it didn’t take long for the Islamic apologists to come out of the woodwork to defend the indefensible, Islam’s history of murder and mayhem.

From the comment section comes an anonymous comment in support of the Qur’an and the prophet of Islam who refuses to acknowledge the violence done in the name of his/her religion as terrorism.

In a move “to remove” any form of guilt over the murder of over 270 000 000 non-believers over the course of history by the followers of Islam, the commenter takes a stab at the US as the chief villain. He or she….. fails miserably in proving the point.

Anonymous: How ironic it is!!and how all the nonmuslims are hating islam just because it’s the real and right religion :hhhh Terror?? what is USA doing in Iraq, Israel doing in Palestine, USA doing in Vitnam and what, what… let’s name it – what should we call it? freedom? or..happiness life?Look into yourself, Look for yourself inside, and read the islam..you will know what islam means!!! I’m proud to be muslim,and proud to be Muhammad prophet belonger:the glory person that gave freedom to all nations!

KGS: Your own words betray yourself and you religious ideals. Iraq has been a place of genocide for decades under Hussein, and the very same mindset continues through your terrorist coreligionists. The Palestinians, especially Hamas and ilk, make open statements of their desire to inflict another Holocaust on the Jews, as well as Iran’s Ahmadinejad, this is obviously of little concern for you.

Vietnam was a bloodbath due to your fellow utopian buddies, the Communists, who showed their real disdain for human life after the US left the region, murdering over 2.5 million Asians. The only thing America has offered the world, is a chance to build a decent life in freedom and liberty, that’s why it continues to be the THE top place to immigrate to.

I see no mass flow of immigration to the Levant, or Mahgreb….that speaks volumes to me.

Your religion is responsible for the murder of over 270 000 000 non-Muslims, or Kaffirs as you call them, so don’t come here preaching your nonsense about how great Islam is, the bodies of those who have fallen victim because of it, speaks otherwise.