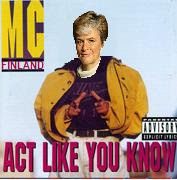 The MC’s (multi-culturalists) in Finland like Minister of Immigration, Astrid Thors (pictured) are intending to allow for increased immigration of people from Islamic states, and realize that the phenomenon of Islamist brutality towards women is very real and equally, very hard to dismiss.
So if the MC’s (multi-culturalists) want to avoid any further probing into their rationale -flooding Finland with a foreign culture and religion (read= ROP) that allows for such behavior towards their womenfolk- what better way to handle that prickly little problem, than to ensure that all religious groups in Finland are stigmatized with the same misogynist tag of religious honour related violence!

Young girls in Finland have been found to live in fear of religiously motivated honour violence. Girls as young as 16 are seeking shelter fearing violence and arranged marriages. Suspicious accidents have also been reported. Such problems have been reported in several religious communities.

The Turku Women’s Centre has helped women seeking help from violence stemming from violations of religious codes. Imams and other individual Muslims are working together to fight the violence. Raija Ala-Lipasti, executive director of the Turku Women’s Centre says that in some cases, women have had to flee the city to escape the wrath of fathers and brothers.

She says that in addition to violence, girls and young women are afraid of being compelled into arranged marriages against their will. Arranged marriages are often attempted when a girl has found a boyfriend outside her ethnic or religious community. Using make-up, staying out late, or dressing can also be seen as violations of honour codes.

Problems in Many Religions

Raija Ala-Lipasti emphasises that many Muslims in Turku are working to fight honour violence. She also notes that the problem is not exclusive to Islam; violent reactions to violations of honour codes can take place among Christians and members of other religions as well.

What a pile of hooey. What’s in question here is a report trying to minimize the impact that Islamism has on society, by including Christians, who (a) do not force their daughters into marriage, and (b) find no religious text within Christianity that validates any kind of violence towards another, let alone a rebellious daughter. In the Finnish version of the same text, the operator of the Turku Women’s Centre, Raija Ala-Lipasti goes on further to say:

Again, the woman and the report are conflating two highly different issues, for obvious reasons, political correctness. If violence even happens at all within a Christian home, it doesn’t emanate from a sense of “family honour”, but from a religious perspective that has no fundamental justification from its holy scriptures. In Islam, women must tow the line, and within a patriarchal family where the male is the head, a father, brother, uncle or yet even a male cousin can step in and take matters into his own hands. Such a happening within a Christian household would be unthinkable.

This article shows just how far the “MC” politically correct are willing to go, in seeding their skewed thinking upon an ignorant public. These are fresh signs that the Finnish PC elite are softening up Finnish society for an increase of immigration for a sizable percentage of people -who believe beating girl for wearing a skirt or drinking a beer, is fine and dandy- into Finland. More here. *L* KGS

Vasarahammer: “violent reactions to violations of honour codes can take place among Christians and members of other religions as well.”

That’s just a mandatory phrase demanded by the Church of Political Correctness. You are not supposed to label an entire group of people. It would be discrimination, you see.

UPDATE: Social psychologist, Phyllis Chesler, zeroes in on the baseless charges of racism applied to those who point out crimes against humanity committed in the name of Islam. Wife beatings and honour murders, as well as beatings and threats of single girls/women, all done in the name of family honour in respect to religious beliefs….are not a phenomenon within western Judeo/Christian culture. Period.