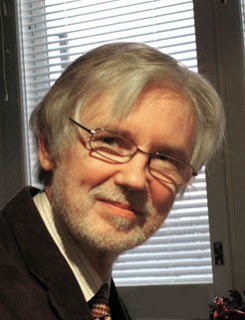 This is somewhat off topic for the Tundra Tabloids, but the temptation couldn’t be resisted, it’s just way too juicy to let it slip on by, really! Former Finnish FM, Erkki Tuomioja, commonly referred to at the Tundra Tabloids as Ol’ Scruffy, is currently running for the chairmanship of the Social Democratic Party (SDP).

Ol’Scruffy has recently suggested an interesting way to fight against “Global Warming, the rationing of gasoline!

That’s right folks, this well known Finnish Leftist who wants to someday be Finland’s Prime Minister, (and no friend of Israel) believes that Global warming is such a problem, that it warrants further intrusion of the government into one’s own personal life.

Ol’Scruffy writes in his blog: I seriously believe that stopping climate change will require not only from Finland, but from the world at large, the introduction of far reaching actions and innovative ways to take advantage of market mechanisms. Sadly those who misunderstand, are those who view the suggestions as “Communism” – market mechanisms were not used in Communist countries at all, and the enviorment was destroyed in a much greater capacity then in market economies, for example, through below cost energy.

Now, coming from a shadow Communist, Erkki Tuomioja’s words have to be seen through the prism of his world view. This is a man who hasn’t changed his political views since they formed in the radical 60’s, and if given the chance, would be trying to ram rod all kinds of his hair brained schemes, through parliament. The whole idea of rationing gasoline, and during a time of peace mind you, speaks of his willingness to increase the role of government in everyday life.

This type of shmoe politician believes that the people serve the government, not the other way around, and the Global Warming scare mongoring currently raging inside Finland, serves this kind of political thinking. It is only logical that the majority of Finns are for stopping “Climate Change”, when the media presents “facts” about CC , they are naturally skewed in one direction.

There is no opposing view, Al Gore was right! RIGHT? ….WRONG! *L* KGS