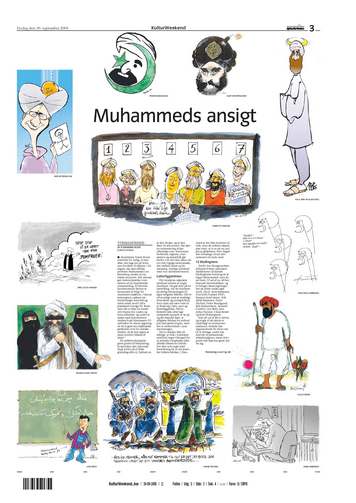 The Egyptian government is retaliating against those western newspapers that dared to publish the dreaded cartoons of Mohamed. The Europe News reports that:

Egypt’s Minister of Media Anas al-Fiki has banned four foreign publications for reprinting the controversial cartoons of the Muslim prophet Mohammed that have been widely deemed offensive to Islam, media reports said Wednesday.

Distribution of the latest issues of the German newspapers Die Welt and Frankfurter Allgemeine, the New York-based Wall Street Journal and Britain’s The Observer were stopped on Tuesday, the Egypt’s official daily al-Ahram reported.

Over at Flemming Rose’s website, the author takes special note of the fact that: “Egypt’s information minister said in a statement published by the Middle East News Agency:

I remind you that an Egyptian newspaper in October 2005 published eight of Jyllands-Posten’s cartoons without any reaction from the authorities or the public. In fact, this is the first time one of the major American newspapers showed Westergaard’s cartoon. Great! All the news that fit to print.”

The Tundra Tabloids remembers something about that, and lo and behold in the Egyptian newspaper, Al Fager, one can find the pictures of Mohamed that were originally published in the Jyllands-Posten! Life’s funny that way. *L* KGS 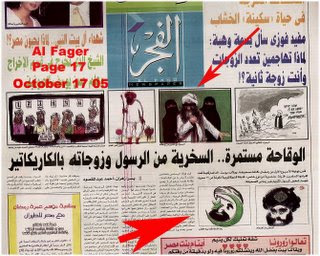