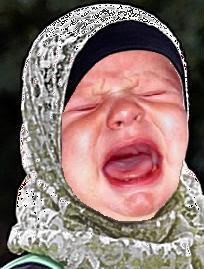 For a very small minority, some Shiite Muslims in Finland are busy trying to carve out for themselves a very big role that is denied to all other minority faiths. A sign for future problems and confrontations?

The official state religions in Finland –yes, there is no separation of Church and State here– of the Lutheran Church and Orthodox Christianity, are able to have their religious instruction within the Finnish public school system.

The former is taught in all of Finland’s schools, while the latter is available only by parental request. On the face of it, what would appear to be a reasonable request is not so reasonable when you look into the situation a bit more closely.

Some Muslims living in Finland are dissatisfied with Islamic religious education in schools. Critics say that the teachings are too closely tied to one or another sect. Finnish public schools are required to offer lessons in ‘general Islam’ – that is, teachings that all Muslims agree on. However in Turku, Shiia Muslim parents say that all of the city’s teachers are instructing in the Sunni tradition. The issue is particularly relevant at the Lausteen school in eastern Turku, where almost half of the pupils are from immigrant families, mostly from Iran, Iraq, Somalia and Kosovo.

“Some Shiite Muslims” are upset that the Sunni version of Islam is allowed while the Shiite version is not, FOUL they cry, we want our rights as well! How so? Lutheranism and Russian Orthodoxy are not the only Christian faiths in Finland, there ar a host of others as well. The Catholic Church has followers as do the Baptists, Free Church, Pentecostals, not to mention the Seventh Day Adventists.

There are also non-Christian faiths such as the Mormons, Jehovah Witnesses and the Jewish Community and so on, which have their own schools (at least the Jewish community has) that offer their own brand of religious instruction. Why would these Shiites think that they could manipulate the system –that excludes a host of other faiths– and get their own religious instruction incorporated into the Finnish school system?

This is a very big issue, which speaks loudly of the determination by some to demand an ever increasing role for an upstart religious minority, solely because they can’t stand to see other faiths being allowed a role that they are denied. This could perhaps be the start of a very long slippery slope, and if the response of the school principal, Lauri Tiikasalo, is any indication of how clueless many are concerning these issues, we are headed for a lot of future headaches.

“Tiikasalo says he is not qualified to judge the quality or direction of the Muslim classes at the school, and points out that there is a shortage of teachers of Islam throughout the country.”

I’m certain that the majority in the Finnish educational system are as clueless to the direction Muslim classes in Finland are going, as the principal of the Lausteen school in eastern Turku. More here. *L* KGS