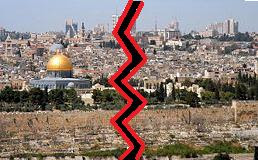 The Olmert government is bringing old issues back onto the discussion table in secret meetings with Palestinian officials, and the Right Wing in the Knesset isn’t amused.

“The cat is out of the bag,” National Religious Party chairman Zevulun Orlev said. “The fact that the Olmert government is not telling the truth about the negotiations with the Palestinians has been revealed. Shas will no longer be able to say they didn’t know. Even if the prime minister isn’t telling them the truth, they can thank The Jerusalem Post for revealing it to them. I hope Shas keeps its promise and leaves the government that is dividing Jerusalem.”

It has been said that whenever the Palestinians enter new negotiations, they always believe that it starts from where the last failed attempts at negotiations ended. Throughout the history of “peace negotiations” between the two sides, the Palestinians have shown the penchant for making demands while rejecting all Israeli offers. Then when the inevitable happens, ratchet up the violence against Israel in hope that the international community will come to their aid and support their positions. So if they want a capital that’s near Jerusalem, here’s a suggestion.

Tundra Tabloids’ analysis: A suitable place for the future Palestinian seat of government, is the gas station at Abu Dis. What more of an appropriate place could there be to have their city council meetings and greet foreign dignitaries? More here. *L* KGS 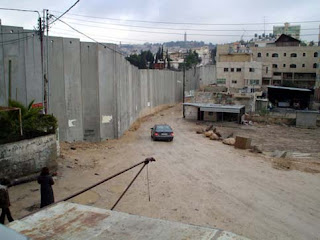 Gila: I suspect that Shas’s threats are like Barak’s and everyone else’s–mostly hot air. Most of the political parties (from all points in the left-right spectrum) are loathe to give up power for something as disposable as principles and actually standing up for what you believe in. At the end, there will be a deal–be it more money to a Shas pet project, reestablishment of Misrad ha-Datot or some other plum, and Shas will stay put. And, unfortunately, that is business as usual here.