The rogue rough necks called the Vlaams Belang. This is just one picture of the VB that the editor of Little Green Footballs, Charles Johnson, and his good Ol’ Norwegian buddy, Øyvind Strømmen would not like to see publicized. The Baron has more here at the Gates of Vienna. 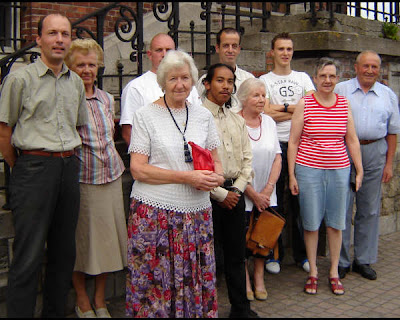 These are some of the worst the VB has to offer! Why, I bet their names and faces are on Interpol’s watch list for dangerous and nefarious characters who are out to upset the social order of Belgium. Beware of them, approach with caution! *L* KGS

Note: The face of the VB 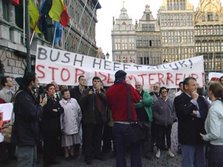 The real reasons the VB is so hated is NOT because it would be racist, but firstly, because it is unashamedly CONSERVATIVE in a political environment where even the Right – or what passes for it – is leftist to a considerable degree.

Secondly, and this is especially indegistible for the Belgian establishment, because it strives for Flemish Independence (note that I am not in favor of that, but that is another question). The last reason, perhaps the most compelling one, can be summarized in the following photo: 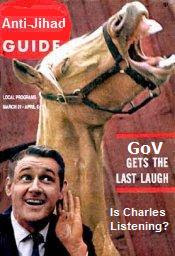 If one listens very closely, you can hear both Mr.Ed and Wilbur chuckling over CJ’s latest zing against the Baron. No they’re not laughing with Chuck, they’re laughing at him.