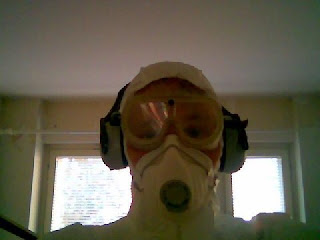 Lo and behold, the Tundra Tabloids has come across one of the more bizarre forms of Leftist loons Finland has to offer. Lucky me.

The blogger who goes by the nom de guerre of “PLO“ [pictured left as a negative of one of the rubber clad fellas in a Matrix movie] is enthralled –like only a radical Leftist could be– over the Venezuelan king pin, Hugo Chavez, and the National Socialism he’s destroying his country with.

PLO: “Hugo Chavez is one the most brilliant leaders in South america. My relative who is a professor in a Mexican university told me just marvellous things how Chavez has improved the life of the poor In Venezuela. He is also democrat and no flaws had been found in elections. In my opinion he is a true patriot. Free from the will of Washington. Its just the christian right and Israeli right who hates him.”

Really? Chavez is on his way to destroying Venezuela and its free market economy. Chavez is just another populist socialist who thinks he can “get it right this time around”. He will end up screwing both his state and his people when his utopian “dream” collapses, the question is only how long before it happens.

“Exit polls conducted by the very reliable American firm of Penn, Schoen, and Berland showed Chavez losing by a large margin (59 – 41), Chavez stole the election in the very same way he tried to steal its democracy by working to get himself instituted as its president for life.”

He’s a walking disaster and a thug, which makes PLO’s claim of Chavez being a democrat highly ridiculous, especially in light of his recent plan to install himself as presidente for life. Chavez hates Jews and loves Islamism. He aligns himself with a state leader that openly calls for the destruction of the Jewish state, and that makes him an anti-Semite.

I suspect that anyone giving Hugo Chavez glowing adoration in spite of his an anti-semitic track record, could very well harbor the same kind anti-Semitic views themselves. This blogger then goes on to try and blackball Jews during WWII of being in cahoots with the Nazis. The Zionists (read=Jews) are evil let me count the ways etc, etc, ad nauseam.

I am not surprised by the rantings of PLO, he is most likely a result of the Finnish educational system (and higher learning) and its biased media. Like I have said, as well as Tundraman, the brainwashing here in Finland has been completed, and bloggers like PLO and ilk, are living proof of it. One wonders if such Leftists ever feel the least bit odd in being on the same side of the Neo-Nazis and the Islamists? But then again, being anti-Jew is the common thread they all share, so it’s no wonder at all. *L* KGS

Note: The Finnish blogger, PLO, is also a Chomskyite, what better recommendation for his blogging credentials can there be than the Gnome’s?