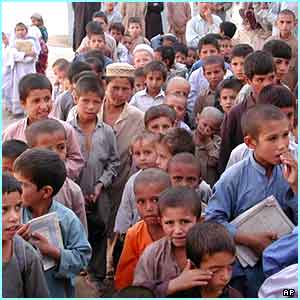 In a commissioned report by school officials on immigrant children attending Swedish schools –who come from far away places like Iraq, Afghanistan and Somalia– they were likened to “time travellers from the Middle Ages“.

The report which has caused a major ruckus, aimed only to highlight the need for more resources to handle the unique situation facing the Swedish school system. The politically incorrect worded report was approved by schools chief Margareta Forsberg and department boss Rolf Brunell, who have both since then, “gotten their minds right“.

“both agreed to have a rethink following strong criticism of the wording in sections of the document.”

How dare they use accurate language to describe the state of affairs as they are, these children don’t resemble time travellers. No way! We all know that the societies of Somalia, Afghanistan and Iraq resemble any European / western state in every respect…right?

“Arguing for more resources in the central Swedish town for schools with large numbers of recent immigrants, the report said these pupils often found themselves a thousand years behind their Swedish counterparts, Eskilstuna-Kuriren reports. “We didn’t mean anything bad by what we wrote. The background to this is that a lot of the children who come to us today have never been to school,” Margareta Forsberg told the newspaper.”

Nobody needs to be stigmatized, that’s understandable, but the quick jump to attack a person for expressing an opinion shows just how far “group mind think” has gone. We have to toe the line set by others, a “news speak” of the Orwellian kind will determine what language we shall use to describe our views and opinions.

Pretty soon the usage of “third world” as a descriptive for countries not yet belonging to the developed world, will no longer be permissible. I’ll even go one step further, soon we will no longer be able to divide the world into “developed and under developed”. What will they come up with next, states in flux? More here. *L* KGS