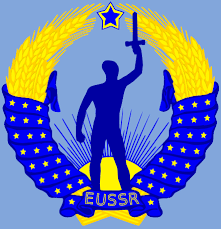 Oh those clever Eurocrats, they’ll use any means in order to get us Finns to think differently about ourselves. The multi-culturalists can’t stand the thought of Finns having a strong cultural identity of themselves, that’s too much of a “fly in the ointment” for a multi-cultural society.

So now there is a new EU driven multi-cultural correct writing competition, with the theme of “What is a new Finn” being announced. It’s part of the European Year of Intercultural Dialogue, with the competition being sponsored by the Finnish publishing house, Teos.

“Entries must be written in Finnish. The contest is open to anyone aged 16 or older who has multi-cultural influences and has not previously published fiction (not counting anthologies or self-published works). Writers with immigrant backgrounds are particularly invited to compete.“

The competition is part of the European Year of Intercultural Dialogue which is aimed at helping people of different cultural backgrounds to understand each others’ way of thinking.

Lets be honest here, the whole focus of the writing competition is on immigrants (of which I’m one) and their own cultural backgrounds, not native Finns, and how immigrants have managed to protect their own cultural backgrounds while living in a sea of Finnishness. I doubt seriously that the winning author will be a native Finn, which speaks loudly over the sincerity of the competition.

On a more positive note, it’s good that the writing competition is to be in Finnish, not even Finland’s Swedish speakers can submit a text in the second official state language of Finland, Swedish. But this won’t last, it’s only one small step on the road to fulfilling the socialist dream of multi-culturalism in Finland and throughout the EU. It’s all done in increments, step by step, centimeter by centimeter.

Personally, I would like to see a writing competition that would focus on what it means for an immigrant to be a Finnish citizen, and how we immigrants can contribute to Finnish society as Finns, while celebrating our own cultural identity. How we incorporate the culture in which we live into our own private lives, while sharing our cultural past.

Remember, no one is forcing us immigrants to remain in our new found homeland. There must be respect shown for the culture of the host state in which the immigrant lives. We immigrants must be willing to accept the culture that we chose to live in, while remembering –what we may– from our own former cultures and sharing it with our immediate family and friends. It isn’t rocket scientry, just plain common sense and mutual respect. More here. *L* KGS