Surreal is not even the right word for it, it’s downright Orwellian.

The offence that I need to arrest you for is “Stir up Racial Hatred by displaying written material” contrary to sections 18(1) and 27(3) of the Public Order Act 1986.You will be arrested on SUSPICION of the offence. You would only be charged following a full investigation based on all the relevant facts and CPS consent. 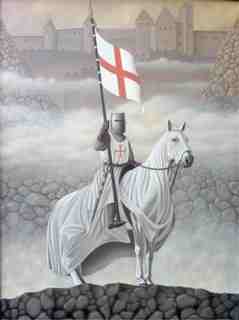 The Gates of Vienna and Atlas Shrugs have more on the current situation concerning the Counter-Jihad blogger, Lionheart, and his fight with the UK judicial system. He is waging a battle for all of us. *L* KGS