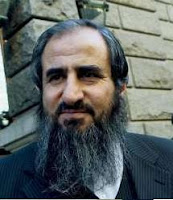 The Islamist who is unable to complete a sentence without it containing at least 5 different set of lies,…speaketh. Mullah Krekar, former leader of Islamist terror group Ansar al-Islam, is back in the news with his latest pack of lies readied for public consumption.

“In a lengthy article in newspaper Aftenposten on Friday, Krekar made an outspoken appeal, that included a wish for continued peace in Norway, arguments that his only sins here have been those of unreserved use of freedom of speech, and that his presence may be a guarantee against terrorism in the country. Krekar asked that Norwegians spare a Christmas thought for the millions of Iraqi and Afghan children who do not have peace, and who have had their “oil stolen from them and sucked away by invasion companies”.

This is all coming from a man who would, if given the chance, turn Norway into an Islamist state. Screw his wishes for peace and his calls for Norwegians to “spare a Christian thought”. This guy is nothing more than a lying turd. Krekar then continues to lay another steaming pile:

Krekar also asked that he be spared a thought: “For no other refugee in this country has suffered such foul accusations as I. Just because I refuse to lie, refuse to give up my right to freedom of speech!” Krekar went on to say that he has learned much about democracy, human rights, freedom of speech and equality of status from his time in Norway, and says that this is in harmony with Islam and the Koran as he understands them. He said that the controversy and threats of legal prosecution each time he utters unpopular opinions has given him a feeling of public double standards and confusion.

Mullah “full of crap” Krekar is lying through the hole in his beard. The glaring lack of democracy, human rights and freedom of speech throughout the entire Islamic world, is more than enough evidence to show the incompatibility of an unreformed Islam and its Koran. Here is more on the legality of lying in Islam. So skilled is he. More here. *L* KGS

Krekar: “Islam forbids me to lie! I am also not ashamed of my opinions. Have my opinions hurt anyone? Well, is not freedom of speech painful, and have not the unpopular opinions of the individual a place in the diversity of the home of freedom?”

Note: Norway would do itself a tremendous favor in kicking this guy out, sending his butt back to Kurdistan and never looking back.