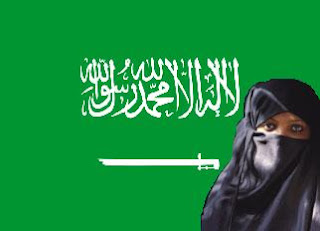 This is one very stark example of the treatment of women “as chattel” in the Middle East. This is the same woman who was found guilty of being in a car with a man with whom she was not married to.

She was being coerced by a man (because under the Saudi system, women are made easy prey for men wanting to exact sexual favors in return for continued silence) to meet with him in exchange for a photo he had of her. Read and weep.

“Everyone looks at me as if I’m wrong. I couldn’t even continue my studies. I wanted to die. I tried to commit suicide twice,” she said of her experience just after the attack.

I [was] 19 years old. I had a relationship with someone on the phone. We were both 16. I had never seen him before. I just knew his voice. He started to threaten me, and I got afraid. He threatened to tell my family about the relationship. Because of the threats and fear, I agreed to give him a photo of myself,” she recounted.

A few months [later], I asked him for the photo back but he refused. I had gotten married to another man. He said, ‘I’ll give you the photo on the condition that you come out with me in my car.’ I told him we could meet at a souk [market[ near my neighborhood city plaza in Qatif.

He started to drive me home. …We were 15 minutes from my house. I told him that I was afraid and that he should speed up. We were about to turn the corner to my house when they [another car] stopped right in front of our car. Two people got out of their car and stood on either side of our car. They man on my side had a knife. They tried to open our door. I told the individual with me not to open the door, but he did. He let them come in. I screamed.