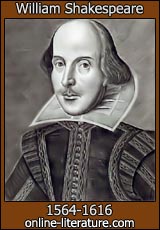 Shakespeare would agree, it’s “much ado about nothing”. It appears that some in Norway are really trying hard in creating an image that threats to society are cropping up everywhere, not just from the Islamists and the Islamic jihad ideologists, but from Christians worried about the erosion of traditional Christian doctrine.

Take this for an example:

Christian fundamentalists are threatening delegates of the Norwegian Church synod and warn of serious consequences if support is given to homosexual causes.

“Your vote at the annual church synod can be decisive as to whether our country will continue to be blessed,” reads one letter. Another warns that supporting homosexual rights “will shake the church, children, families and societal development to its foundations“, while a third promises “a hard judgment” on those who vote yes to homosexual priests, newspaper Stavanger Aftenblad reports.

Most of the letters have been sent to all delegates at the synod and nearly all are from people opposed to those living with homosexual partners be allowed to hold ecclesiastical positions. “I perceive some of these letters as a direct threat,” said delegate Arne Sigurd Mossige.

What nonsense! There is absolutely nothing “threatening” in the quotes picked from the letters sent to these church leaders. I suppose that these were the quotes that were considered THE MOST THREATENING since they ended up being published in the article.
What we see here, is another attempt by the PC squad to equate religions as being as potentially violent as the other. Yes, Christians have used violence in the past to settle scores due to religious sensabilities being hurt, but this is most certainly not one of those cases. More here. *L* KGS