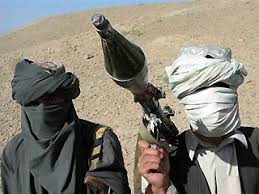 Like a good dose of an anti-polio vaccine, the removal of the 7th century backwater Islamist group, the Taliban, has remarkably improved the lives of children, since the demise of their religious supremacist rule misrule.

“The removal of the Taliban ended the brutal application of shari’a law that resulted in executions, mutilations, and oppression for Afghanistan’s adults. Now a new study by Johns Hopkins University shows that the destruction of the Taliban saves thousands of children every year through access to modern medicine. The mortality rate for children under five years of age dropped by 25% in the five years since 2001:

“Close to 90,000 children who would have died before age 5 in Afghanistan during Taliban rule will stay alive this year because of advances in medical care in the country, Afghan President Hamid Karzai said Sunday.

The under-5 child mortality rate in Afghanistan has declined from an estimated 257 deaths per 1,000 live births in 2001 to about 191 per 1,000 in 2006, the Ministry of Public Health said, relying on a new study by Johns Hopkins University. The U.N. and aid agency Save the Children both hailed the advances in health care in Afghanistan.

“This is certainly very positive news,” said the U.N. spokesman in Afghanistan, Adrian Edwards. “To come from such low life expectancy to see this improvement does appear to be an indication that the work on the health sector here is beginning to pay off.”

This is something of course worth cheering about, I am glad that these children are finally getting the medical help they need. Let us all hope that it continues. *L* KGS