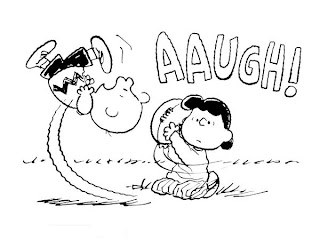 The Helsingin Sanomat has consistently shown itself to lean hard Left in its political viewpoints concerning the Middle East, so one could be excused for not being surprised over yesterday’s”guest pen” appearance by Ben-Ami.

As Israel’s foreign minister during the Barak years, Shlomo Ben-Ami had a “ring-side” seat to the grossest display of Palestinian intransigence ever seen in the international three ring circus …called the “peace process”.

It appears that the former FM hasn’t learned anything from that time period, when Yasser Arafat delivered a mighty big slap on the face of the two state solution, choosing instead to begin another round of a dirty terrorist war against the Jewish state.

Ben-Ami’s latest article that was also published in the HS, continues in the same vein, with a possible peace with Iran (grand illusion) being based on the same kind on vague hopes and promises that the failed Oslo process ended on.

“In the American-Iranian equation it was the US, not Iran, that conducted rigid ideological diplomacy. Iran backed the US during the first Gulf War, but was left out of the Madrid peace conference. Iran also supported America in its war to depose the Taliban in Afghanistan. And, when US forces overran Saddam Hussein’s army in the spring of 2003, the encircled Iranians proposed a grand bargain that would put all contentious issues on the table, from the nuclear issue to Israel, from Hezbollah to Hamas. The Iranians also pledged to stop obstructing the Israeli-Arab peace process.

But, neo-conservative haughtiness – “We don’t speak to evil” – ruled out a pragmatic response to Iran’s demarche.

Iran’s mood changed by the time America’s entire Middle East strategy had gone adrift, but the grand bargain remains the only viable way out of the impasse. This would not be achieved, however, through an inevitably imperfect sanctions regime, or by America’s resort to Cold War logic aimed at breaking Iran’s backbone by drawing it into a ruinous arms race. Iran’s growing regional influence does not stem from its military expenditures, which are far lower than those of its enemies, but from its challenge to America and Israel through an astute use of soft power.

There is no better way to undercut Iran’s regional strategy of destabilization than a comprehensive Arab-Israeli peace, accompanied by massive investments in human development, and followed by an internationally sponsored system of peace and security in a verifiably nuclear-free Middle East, including Israel.

You see, in the world these types of politicians inhabit, even unreasonable religious fanatical regimes can be brought to some kind of reasonble, mutual understanding, regardless of what they say they now, and what they intend to do in the future. I’m sure that Ben-Ami’s philosophy extends to the Hamas and Hezbollah as well.

“Wishful thinking may be the most powerful force in human history.” *L* KGS