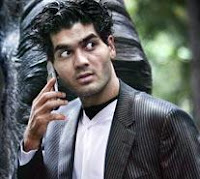 If ever there was a hot topic, it’s this one. Frankly speaking, the Left presently, just don’t know how to respond to such talk, and it’s a conundrum entirely of their own making. But let me start by first giving a little backdrop to the story.

In the drive to create a “multi-cultural society”, Leftists, –whose socialist dogma demands the downplaying and eventual elimination of all religion in political life– have thrown their entire weight behind the immigrant Muslim franchise.

Leftists truly face a real dilemma, that is importantly, not only of their own design and creation, but also forms the base of their electoral support. Just how are they (the Left) to seriously address the overtly obtrusive religious characteristics of their voting base, without driving them away in droves?

Incredible as it sounds, the European Left would rather abandon their fundamental beliefs –while doing the unthinkable– placate the religious demands of an intolerant religious group in order to forestall any shift in political power towards conservatism. In other words, ironically, they stand under the banner of, “we are all religionists now”.

So far, they have typically reacted with contempt towards those that point out this highly contradictory behavior of theirs. Those of us who take the Left to task for turning their backs on their own ideological roots, are characterized as ….extremists. Ho hum.

“rejected Islam after the attack on the twin towers in 2001, has become the most talked-about public figure in the Netherlands. He has been forced into hiding after a series of death threats and a recent attack.”

Ehsan Jami, a Dutch Labour Party councillor, has caused a stir within the DLP, by declaring war on radical Islam, and has since then founded the Dutch Committee for Ex-Muslims. Says Jami:

“Sharia schools say that they will kill the ones who leave Islam. In the West people get threatened, thrown out of their family, beaten up,” Mr Jami said. “In Islam you are born Muslim. You do not even choose to be Muslim. We want that to change, so that people are free to choose who they want to be and what they want to believe in.”

Jami’s fellow DLP comrades predictably rejected his depiction of Islamism as being the new Nazism. It forces too much truth to the surface, while exposing the DLP’s hypocrisy. How embarrassing for them

The Dutch Left (as well as other European Leftist parties) draws its support from the Islamic community, so they can’t bear any connection with extreme aspects of that religion with the ideology they have fought against during all of their political existence. Quite a conundrum don’t you think?

Jami’s campaign for freedom of religion, or “the right for ex-Muslims to be apostates from Islam”, has caused the Dutch Left (and the European Left) to look itself in the mirror, and though it doesn’t like what it sees, is for the moment, powerless, or better yet, unwilling to address its hypocritical appeasement towards a religious body.

The recent banning of an anti-Islamization of Europe demonstration in Brussels, by socialist Freddy Thielemans, (and the subsequent “crackdown” on the peaceful demonstrators that bravely defied the ban) is symptomatic of the desire of European Leftists to protect their Islamic voting base, no matter how detrimental such a religious political force would be for the future of European secular, pluralistic, democracy.

The Left, at a step at a time, is revealing for all to see, its affinity for religion within its own “secular” ideology. How much of a conundrum is that? *L* KGS