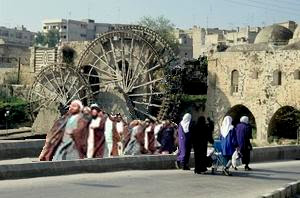 The next time someone wants to talk about apartheid in the Middle East, please direct them to this post. Saudi Arabia is known for its draconian gender laws, now its “morality police” want to take it a “step further”.

The country’s Committee for the Propagation of Virtue and the Prevention of Vice (CPVPV), tasked with enforcing Sharia law, believes men and women should not be allowed to mix on the streets of the Islam’s second holiest place, where the Prophet Muhammad is buried.

The clerical police, or Mutaween, are authorized to arrest unrelated men and women caught socializing, anyone suspected of being homosexual or a prostitute, and to enforce Islamic dress codes.

This is all brought to you by, the same moronic religious neanderthals that prevented schoolgirls from escaping a burning building back in 2002, because they weren’t wearing headscarves. “Fifteen girls died and 50 were injured as a result.” More here. *L* KGS