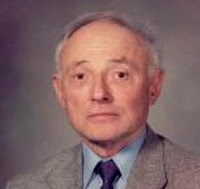 An Israeli Holocaust Survivor Gives His Life For Others.

As the story develops, yesterday’s massacre by a deranged man at the Virginia Polytechnic Institute and State University –that has so far claimed the lives of 32 people– has been one of tragedy and of sorrow. One can hardly be blamed for being both bewildered and speechless over such a tragic event.

There is no doubt that in the upcoming days as the media, political pundits and blogosphere ponder over how –the worst ever– school shooting could have happened, one hopes that individual acts of bravery will be newsworthy as well.

Here is a courageous example of someones heroism, which ended up costing him his life. Professor Liviu Librescu an Israeli mechanics and engineering lecturer was shot to death by the mass murder as he made his way through the university shooting at anyone who happened to come across his path. According to the Jerusalem Post, Professor Librescu threw himself at the attacker to shield his students from the murderous volley as he tried to enter his classroom.

What is even more unsettling –perhaps providing the impulse for the man’s bravery in protecting others– the seventy five year old professor was a survivor of the Jewish Holocaust. Having personally witnessed and survived man’s inhuman brutality against other fellow human beings, this survivor of the Shoah found the courage to confront an evil in his presence –sacrificing himself– in order to save the lives of his students.

It is highly ironic. This past Monday in both Israel and around the world, Jews stop to remember the victims of the Holocaust, by giving voice to the names that were murdered by Hitler’s National Socialists (Nazis) and their sympathizers. Being a Holocaust survivor himself, Professor Liviu Librescu was most likely honoring these victims as well, of which perhaps included his own relatives. I would like to think that his memory would also be honored by the very souls he helped to defend. It would be most fitting. More here. *L* KGS

A Tundra Tabloid reader takes note: “Liviu Librescu was a romanian professor, who emigrated in Israel in 1978 ( because of the communist regim), and later in USA ! He was born and lived in Romania almost 50 years..!! We all are proud of him! It will be nice and correct to mention this!!All the romanians thoughts and prayers are with the family.”

Consider it done, thanks for bringing it up.

Update: Debbie Schlussel has an interesting angle to the story, (thanks to TINSC):

“On the Palestinian side, Jamal Al-Barghouti, a Palestinian Student from the “West Bank” (who grew up in Saudi Arabia) took video of the shooting that made TV worldwide.
His film didn’t save a single person, but he’s getting far more media attention and kudos than the barely-mentioned Librescu is getting. And he used the “opportunity” on CNN, to compare the Virginia Tech massacre to “violence” in the in the “Occupied Territories”. One problem with his story: He grew up in SAUDI ARABIA.
Wondering if he’s related to Palestinian terrorist mastermind Marwan Barghouti, now in prison for planning mass terrorist attacks and homicide bombings, which murdered many Israelis? It’s very likely.”

I hate to sound cynical, but I dare to say that the Finnish media will most likey treat the Israeli hero Liviu Librescu as a non news story, because they dutifully follow the international news wire services, and they are just not giving this hero any mention. Typical, but I hope that I’m proven wrong.