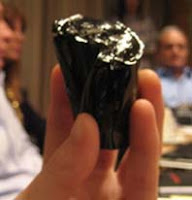 It must be noted that, for all the time, money and energy Iran spends in trying to destroy another state (Israel), it could be using its resources to develop new technologies that benefit mankind, not destroy it.

Here is a good story that once again proves just how beneficial it is for the world to have Israel as a fellow member state.

This is the side of Israel that exists beyond the conflict with its neighbors, it is a side that produces an enormous amount of good will towards the whole world. Read more here. *L* KGS

“The laws of conservation of energy and mass say that energy or mass cannot be created or destroyed – only change form. With the help of Russian scientists, Israeli firm Environmental Energy Resources (EER), has taken the laws of science and turned them into a useful invention for mankind – a reactor that converts radioactive, hazardous and municipal waste into inert byproducts such as glass and clean energy.

The problem of radioactive waste is a global one, and getting increasingly worse. All countries in the industrialized world are waking up to the need for safer hazardous waste disposal methods. “In the beginning, nobody believed that we could do it,” says Itschak Shrem, chairman of investment company Shrem, Fudim and Keiner representing EER at a press briefing announcing the innovation last week in Tel Aviv.

Shrem, himself an invoker of small miracles through the founding of one of Israel’s most lucrative venture capital funds – Polaris (now Pitango) – points to a chunk of black, lava-like rock sitting on the table in front of everyone’s coffee cups.”