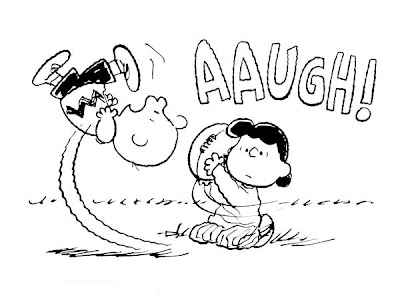 According to al-AFP, the US Secretary of State, Condoleezza Rice, “is due to kick off a Middle East tour to make another crack at reviving the Israeli-Palestinian peace process but without a specific plan to resolve the conflict.”

According to Ynet news, Rice plans to “dust off” the old Saudi plan which will try to include all the regional players into the peace talks , while trying to get Abbas to set a date for new elections, with hopes to circumvent the Hamas altogether. After a “suitable framework is reached between the two (based on the 2000 Barak plan) Rice hopes to get both Israel and the Palestinians to present their people with a referendum, with the belief that over 70% from each side will approve it.

The reasoning behind the logic is to take away any pretence that the terrorsts speak for the Palestinian people. They, the Palestinian people themselves will be voting either yes or no to the purposed peace plan, but all of this is assumes quite a lot. That an unreformed Hamas will stand idly by watching Abbas implement such a plan, that will not only strip Hamas from power, but also from its power base as well, smashing its utopian dreams and desires for the destruction of Israel,.. once and for all.

One thing that has been proven since Hamas won the last elections, is that Hamas remains intransigent as ever, and can never be expected to rescind its desire to see the whole of Israel destroyed. Contrary to the expectations of some Finnish analysts I know, the only pragmatism the Hamas and ilk can be expected to entertain, is the timing of when, where, and how many Jews they plan to murder. So any talk of a new elections being arranged, with Fatah supposedly winning them and it leading to a new peace forum, without it first leading to a “knock down drag out” civil war” between Hamas and the Fatah, is pure fantasy.

I find it ironic that the US is now ready to put security over politics in Iraq, while they push for a reversal of that very same logic embodied in the Road Map, which was in part borrowed from the Israelis, in the building of their security fence and disengagement from Gaza. Breathing oxygen back into the carcass of the Oslo peace process, is not an encouraging development, as long as a very considerable amount of Palestinians still believe “that the dream” is still attainable, if only they continue on with the struggle. I can’t help but to be either cynical or pessimistic over the Rice/Livni effort, especially since Abbas recently called for the Palestinians “not to train their guns on each other, but on Israel“.

Abbas goes further on to exhort the Palestinians with the following “peace making gestures of good faith,”

“The issue of the refugees is non-negotiable,” Abbas said. “We will not give up one inch of land in Jerusalem and we consider the settlements illegal. We also reject any attempt to resettle the refugees in other countries.”

Great bargaining points by the Palestinian “voice of moderation” Mahmoud Abbas, I’m sure that the Israelis are just enthralled with the P.A. president’s recent shot over their bow. As well as their continued promotion and glorification of terrorism and murder. How does one rationally negotiate a deal with a leader of a people that names a soccer tournament for their youth after a brutal and inhumane mass murderer, Saddam Hussein? Negotiations can only work between two sides who can be expected to implement the conditions agreed upon, please Condi and Tzipi, please explain to all of us just how the Palestinians can be trusted, before you go charging ahead with another half baked plan.

I think we have seen this scenario one too many times to be surprised by the ending. *L* KGS

Update: Also worth noting is the anti-Semitic canard by PA president, Mahmoud Abbas, that Jews are corrupting the world. He quotes from the Quran: “The sons of Israel are mentioned as those who are corrupting humanity on earth,” More here.

As far as I have been able to follow all the news broadcastings, there has been no mention of his speech in the Finnish media, that Abbas had promoted incitement for violence against Israel, as well as mouthing anti-Semitical statements. And most certainly there has not been anything in the Helsingin Sanomat.