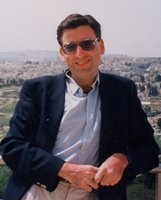 Less than a year after satirical depictions of the prophet Muhammad

in a Danish newspaper sparked a worldwide wave of violence, Muslims throughout the world are up in arms again. This time the rage is focused on the alleged defamation of the prophet by Pope Benedict XVI. His sin: citing an obscure passage from a late-14th-century debate between the Byzantine Emperor Manuel II and a Muslim scholar in which the emperor denounced the Islamic duty of jihad, for whose sake the Ottomans were then besieging Constantinople, as “evil and inhuman.”

It mattered not that Benedict didn’t endorse this indictment or that the quote was marginal to his lecture. The Muslim reaction was swift and violent. Inflamed crowds took to the streets in many countries to protest the supposed defamation. In Gaza and the West Bank a number of churches were attacked, fired at, or set on fire; in Somalia gunmen shot dead an elderly Italian nun, while in Kashmir mobs burnt an effigy of the pontiff. In Turkey, due to host in November Benedict’s first visit to a Muslim country, the ruling party likened the pope to Hitler and Mussolini and accused him of reviving the mentality of the Crusades. Radical clerics have called, variously, for a “day of anger” or for worshipers to “hunt down” the pope and his followers, and an Iraqi militant group announced its intention to murder the pope.

That these acts of violence make a mockery of protestations of Islam’s tolerant spirit has been totally lost on the pope’s critics. And why shouldn’t it? Not only did the Vatican issue a prompt apology in a desperate bid to defuse the unfolding crisis, but in the years since the terrorist attacks of September 11, 2001, a vast cohort of Western apologists has consistently painted a surrealistic picture of Islam’s political agenda. Depicting jihad as an inner quest for personal self-improvement, rather than the “holy war” claimed by countless Muslim dynasties and leaders throughout history, they dismissed the worldwide wave of Islamic terrorism as an excessive reaction by misguided fringe groups to America’s arrogant and self-serving foreign policy. “Muslims have never nurtured dreams of world conquest,” wrote Karen Armstrong, a prominent representative of this view, shortly after September 11. “They had no designs on Europe, for example, even though Europeans imagined that they did. Once Muslim rule had been established in Spain, it was recognized that the empire could not expand indefinitely.”

This assertion couldn’t be further from the truth. Not only was the conquest of Spain, some 2,000 miles from the Arabian homeland, a straightforward act of imperial expansion, it hardly satisfied Islam’s territorial ambitions. No sooner had the Muslims established themselves in that country than they invaded France in strength. Had they not been contained in 732 AD at the famous battle of Poitiers in west central France, they might well have swept deep into northern Europe.
More here. KGS

Out of interest, I include a link to a site that show Islamic depictions of their Prophet, which shows just how hypocritcal the Islamic world has been concerning non-Muslims. Remebering of course that the Jylands-Posten cartoons (a portion) were already printed in Egypt long before the brouhaha spread world wide. Click here.