Islamofauxbia is as real of a term as “undocumented Immigrant”…

Islamophobia was invented by the Muslim Brotherhood as a way of silencing legitimate discussion of any fault in the Islamic world. […] The Islamists invented “Islamophobia” because they wanted to gain what they (wrongly) thought were the benefits to the Jews of antisemitism—protection from criticism. That’s why they claim an equivalence between the two.

I am bigoted against Islam/Muslims, in the exact same way as I am towards Neo-Fascists and Marxists in general. I give no quarter to totalitarians no matter how mainstream their rotten ideologies are. Prove me wrong before you dare impugn my character. 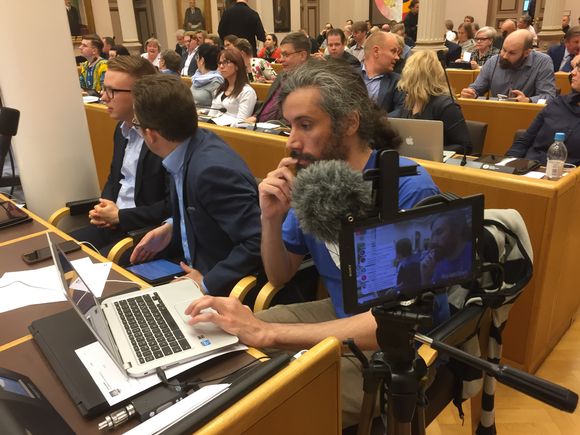 The city’s District Court found Lokka had posted online videos depicting Muslims and other immigrants as being inferior to others. The court found the posted videos violated laws on human dignity and religious freedom.

One of the videos Lokka released on Facebook and YouTube in the summer of 2016 was a recording of a demonstration in Helsinki featuring anti-immigrant and Islamophobic speech.

The second agitation charge was related to another video that was defamatory to immigrants and Muslims in September of the same year.

The city councillor is also an anti-immigration activist and politician and has a previous conviction for ethnic agitation, for which he was fined.

Wednesday’s verdict is not yet final, as Lokka still has the opportunity to appeal the case. However, during a preliminary investigation the councillor admitted to police that he uploaded the videos.

Yle contacted Lokka but he would not comment on whether he was planning to appeal the verdict.