Bildt is correct, but Bildt is also a crony (welfare) capitalist statist which destroys as well…

Carl Bildt is an EU propagandist, international globalist (one who believes in international bodies supplanting domestic parliaments, big money crushing local businesses), and in my opinion, more close to the socialist mindset of Sanders than he would care to admit. 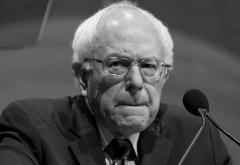 Socialism never stopped enticing young American minds. But the more Democratic Socialists such as Alexandria Ocasio-Cortez open their mouths, we learn the movement’s most vocal proponents simply ignore socialism’s incompatibility with democracy, as demonstrated by Austrian economist Ludwig von Mises in A Critique of Interventionism. Sen. Bernie Sanders is one of them.

With the Vermont senator announcing he’s running for president, his past comments defending socialism and socialist countries notorious for their failures become the type of material critics are eager to dissect. Especially because he still calls himself a Democratic Socialist while using Nordic countries as examples of what he defends.

Thankfully, political figures from the very countries the good senator from Vermont calls “socialist” are here to remind him that the ideology is nothing but a trap.

Prime Minister of Sweden from 1991 to 1994, Carl Bildt, took to Twitter to warn Sanders that socialism is not the key to creating a great society as he and Ocasio-Cortez seem to think.

After old footage showing Sanders and his wife, Jane, praising the Soviet Union for its programs targeting the youth went viral online, Bildt responded by saying “Sanders was lucky to be able to get to the Soviet Union in 1988 and praise all its stunning socialist achievements before the entire system and empire collapsed under the weight of its own spectacular failures.”

To the former prime minister, the damage socialism can cause is still fresh in his memory. After all, he was the first prime minister in 60 years to not subscribe to the ideology. And thanks to him, Sweden’s capital gains taxes were cut to 30 percent and corporate taxes to 28 percent.

After Bildt, Sweden, which had completely lost its host of entrepreneurs thanks to business taxes that sometimes exceeded the 100 percent mark, once again flourished. Even as Social Democrat successor Ingvar Carlsson took over.