Flood into the country on false premises, with fake passports and other identifying documents, then cry foul, threaten staff when forced to wait until authorities flesh all the real information out, if even possible.

If Finland is not able to deport these rejects until they themselves insist on going back, then they remain in detention centers until they get their minds right, and foot the bill to the Iraqi government.

The majority of the people who have applied for refugee status in Finland have by now received at least one negative decision, according to Olli Snellman, head of Migri’s reception centre operation. 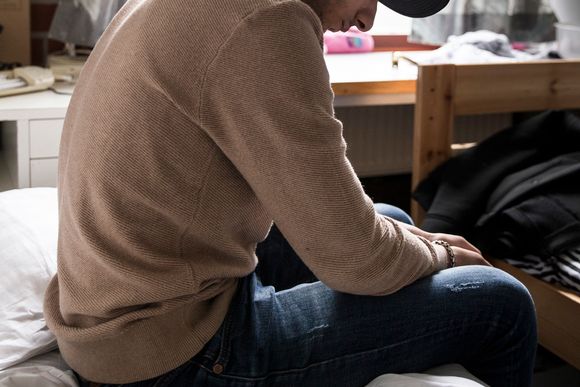 A lower reporting threshold and frustration with a dead-end process may explain the rise in threats against reception centre staff, says one Migri official.

The Finnish Immigration Service Migri received 173 reports of threats against reception centre staff in 2018. While officials say it is a small proportion of the 1,000 reports of irregularities recorded at the centres last year, it is double the number registered in 2017. One Migri official has attributed the change to a lower threshold for reporting the out-of-the-ordinary and frustration among some groups of asylum seekers.

Rejected asylum seekers typically appeal the authorities’ rulings and also file a new application for asylum based on new grounds. This process tends to extend the amount of time that applicants spend in reception centres.

Officials have noted that the majority of asylum seekers who have arrived in Finland come from Iraq, a country that has refused to accept nationals who do not voluntarily return to the country. This means that Finnish police are not able to deport them when their asylum claims are rejected.

The end result is that reception centres may be full of people from conflict areas with little hope of resettling as refugees, but who nevertheless cannot be deported.

“Traditionally, the reception centre system has operated so that the process has a beginning and an end. Now not everyone has that end in sight. Their dreams have been dashed but they also cannot be returned to their home countries,” Snell man explained.

The immigration official said that it is difficult to say whether or not the atmosphere at reception centres has significantly deteriorated.

Figures obtained by Yle suggest that reception centre residents are increasingly prone to vent their frustrations by adopting aggressive behaviour toward the staff.

Reception centre operators report irregularities to Migri, and in 2018 the agency received 1,000 such notifications. Just 173 represented some kind of threat aimed at reception centre personnel. However that is twice the number reported in the previous year, although there are thousands fewer residents living at the facilities.

“Some of the notifications include cases such as addressing staff with raised voices, throwing items at the wall or issuing verbal threats,” Snellman noted.

“This type of behaviour is not acceptable under any circumstances. But we have no reports that personnel have been attacked,” he added.

The immigration official added that only a small number of residents have engaged in threatening behaviour and pointed out that there are currently 10,000 people living in reception centres across the country.

According to Snellman, the rise in the number of threats recorded by immigration authorities may be attributed to a lower threshold by reception centres to report incidents. He added that at the beginning of 2018, Migri revised its guidelines with respect to reporting such cases.

“It could lead to more reports being filed.”

Police have also said that they have not detected any major changes in the security situation at reception centres.

Other reports of irregularities at reception centres include everything from disputes among residents, to accidents, power outages, self-harm among residents or threats of self-harm.

Police have maintained however that they cannot describe the security situation at reception centres as having deteriorated. They added that the centres are not occupying more of their resources than usual.

“The fundamental view of the police is that the number of calls has remained the same. They are coming in at a steady rate but are not by any means an unusual number,” National Police Board Inspector Marko Heikkinen observed.

Heikkinen added that asylum seeker reception centres account for a marginal number of the calls police receive. As a result police officials dropped the practice of tracking reception centre alerts, a procedure that began in 2015.

“There was no reason to attach any special attention to it. It could be that staff are sensing increased tension in the atmosphere [there],” he noted.