This has always been the norm throughout Islamic history, the story peddled by Islamo-apologists about (supposed) respect for “people of the book” (who have their own) is but a lie.

By MUNIR AHMED and ASIM TANVEERNovember 2, 2018 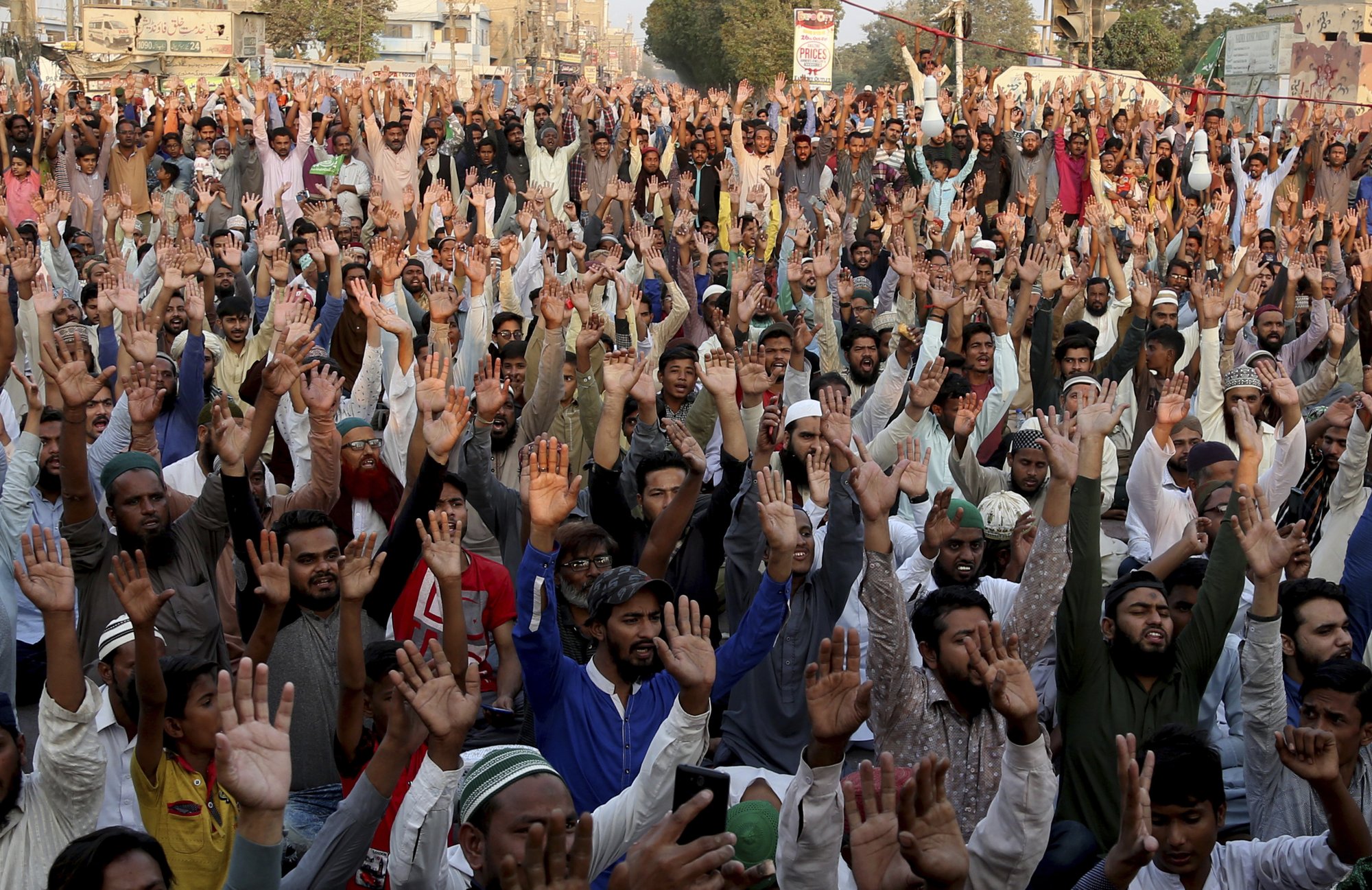 ISLAMABAD (AP) — The release of a Christian woman in Pakistan, acquitted eight years after being sentenced to death for blasphemy, was delayed Friday after authorities agreed to bar her from flying abroad following talks with radical Islamists who want her publicly hanged.

The agreement between the government and the Tehreek-e-Labbaik party was reached in the city of Lahore where Islamists have been rallying since Wednesday, when the Supreme Court overturned the 2010 conviction of Asia Bibi for insulting the Prophet Muhammad.

Pakistani authorities will now not allow Bibi to leave the country until the Supreme Court makes a final review of its verdict, said provincial minister Noorul Haq Qadri, according to the agreement.

It comes a day after Ghulam Mustafa, the lawyer representing a provincial cleric in Punjab who had filed the initial blasphemy charges against Bibi, petitioned the Supreme Court requesting the judges review her acquittal. The court has not set a date to take up the petition.

Pakistan’s Supreme Court has not been known to reverse its decisions but court reviews typically take years. Bibi’s ordeal will continue until the review is completed.