According to the report, the Obama administration’s plan ultimately proved unsuccessful, but in undertaking the effort without informing Congress, officials “misled the American people by saying that Iran was not going to be granted access to the U.S. financial system,” Rob Portman (R., Ohio), the subcommittee’s chairman, told the Washington Post in an interview. “I think they did it because they were so eager to get an agreement with Iran.” 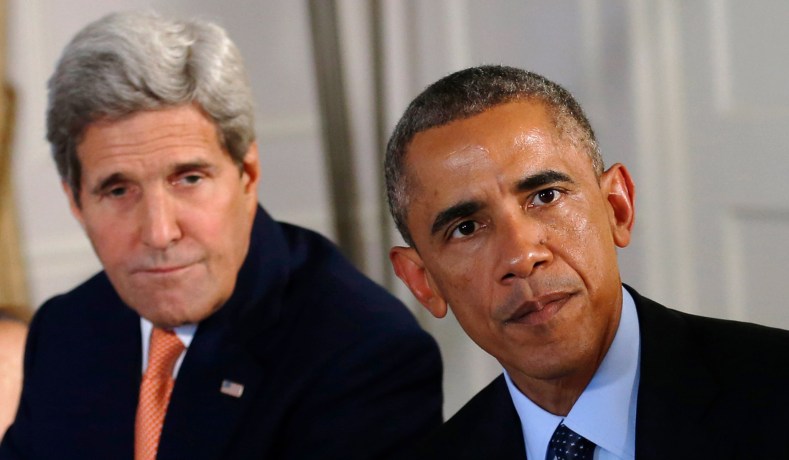 The Obama administration helped Iran utilize sanctioned oil revenue stranded in a foreign bank account in 2016 while actively misleading Congress about the cooperation, according to the results of a Republican led Senate investigation released Wednesday night.

After signing the 2015 nuclear deal, which unfroze Iran’s U.S. accounts in exchange for the regime’s non-proliferation pledge, the Obama administration publicly maintained that all non-nuclear sanctions barring Iran from operating within the U.S. financial system would remain in place.

“Senior U.S. government officials repeatedly testified to Congress that Iranian access to the U.S. financial system was not on the table or part of any deal,” congressional investigators wrote in the report.

Despite this pledge to the public and Congress, in February 2016 the administration assisted Tehran in recovering $5.7 billion held in the Bank Muscat in the Persian Gulf state of Oman, according to the report, compiled by the Senate’s permanent subcommittee on investigations. And, according to the report, administration officials continued to misled Congress after the license was issued.

“Even after the specific license was issued, U.S. government officials maintained in congressional testimony that Iran would not be granted access to the U.S. financial system,” the report noted.

Under the terms of the nuclear deal, Iran was entitled to access the funds, which were held in Omani rials, a currency that is notoriously difficult to convert. The Obama administration attempted to help the Iranians convert the funds to Euros by issuing a special treasury license to two large U.S. banks empowering them to convert the funds first into dollars and then euros.