They blame Islamic State but IS follows Mohamed, so he was ‘Mohamedized’, meaning becoming more like Mohamed…

Finnish investigators say ISIS inspired the man suspected of carrying out a stabbing spree last August in Turku in which two people died and eight were injured. 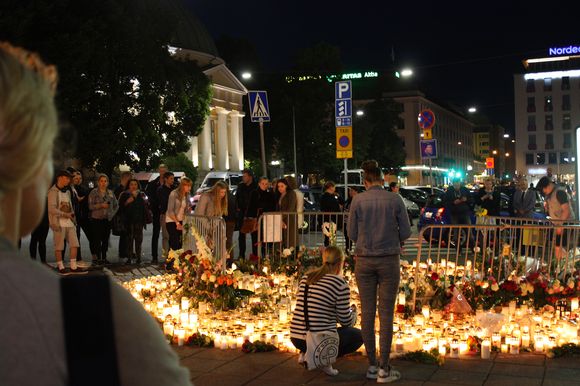 Preliminary investigations into last August’s knife attack in Turku suggest the suspect was inspired by ISIS material and hoped to gain recognition from the international terror network.

“We don’t believe there is a group behind him,” said Töyräs. “The suspect has seen himself as a warrior, a soldier, an ISIS man. He would have wanted ISIS to claim the attack.”

The NBI believes one key radicalisation factor was the fall of Raqqa, in which western forces attacked the ISIS stronghold. Police found ISIS material on his phone and computer, and the suspect said under interrogation that his interest in such material stretched back around three months before the attack.

In the wake of the stabbings police discovered a manifesto heavily influenced by Islamist and ISIS ideas, posted by the suspect on various social media channels, which included numerous disparaging references to western religions. The attack, which took place on 18 August 2017 and started in Turku’s Market Square.

The suspect was apprehended by police after a short chase through Turku city centre. Police now believe that Bouanane had started the day in Kaarina, close to Turku, at the apartment of an acquaintance. He cycled towards Turku city centre, taking with him two Ikea kitchen knives, according to the NBI.

The prosecutor has until 28 February to file charges against Bouanane, after which the suspect must be charged or released from custody. Any trial will be heard by three judges at Southwest Finland district court.