This is not a good option for Finnish taxpayers who are forced to pay for this utopian scheme.

Ponder for but a second then reject it. If you can’t prove that you’re NOT going to be burden on society, stay out of the country, than you very much.

A ministerial working group is exploring the idea of introducing different-level income requirements for family reunification applications in Finland. Critics say current levels are too high, especially for people outside of the capital city region. 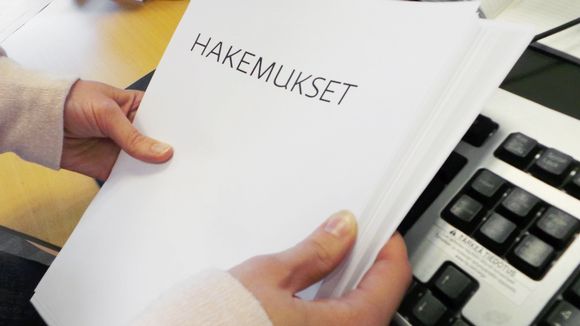 An Interior Ministry-appointed working group on immigration policy is analysing income levels in different parts of the country with the aim to possibly ease family reunification income requirements for non-Helsinki area residents in future.

Critics say the income requirements are unreasonable – especially for residents outside of the Helsinki area – as living costs in the rest of the country are lower than in the capital city region.

As it currently stands, people who wish to have a non-Finnish family member join them in Finland need to prove that they earn a net monthly income of 2,600 euros, if they have a family consisting of two adults and two children. Single parents of four children must show an income of 2,400 euros per month before they can bring the children to the country to live.

If a new residence permit-holder initiates the family reunification process within three months of receiving a permit, however, there is no income requirement.

Interior Minister Paula Risikko says that the regional assessment is still in its early stages, but confirms that the group is seeking to ascertain whether the income requirements could be smaller in other parts of Finland than in the Helsinki region.

Over 2,000 applications so far this year

The number of people applying for family reunification in Finland has doubled in the last year. At the end of September 2,145 applications were submitted, up from 1,053 in the corresponding period a year earlier.

The Finnish Immigration Service handled a total of 1,675 family reunification applications in 2016, submitted by people who were granted international protection for various reasons.

The ministerial group’s conclusions are being prepared this autumn, and should be ready sometime in early 2018.

The story was first reported by the Uutissuomalainen syndicate, which owns and operates eight regional papers in Finland