You would think that the video footage of the two Islamonazis murdering those unarmed cadets would have been enough evidence.

The Deputy Prosecutor General of Finland plans to appeal to the Supreme Court a case against twin Iraqi brothers who stood accused of participating in a mass murder in Iraq in 2014. Last week a Tampere court threw out the charges and after a four month trial, the twins were released. 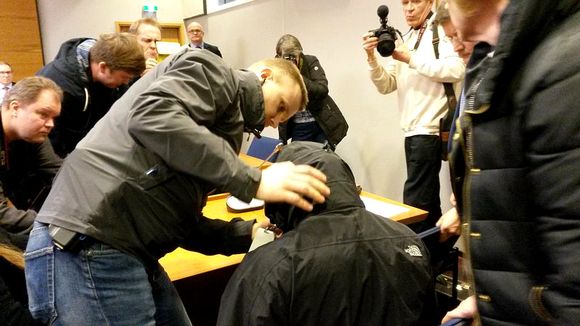 Finnish Deputy Prosecutor General Raija Toiviainen says that she plans to appeal Pirkanmaa District Court’s decision to free two Iraqi asylum applicants who were suspected of participating in a massacre in Iraq in 2014.

The twins were accused of participating in mass murder at Camp Speicher in Tikrit, Iraq in 2014.

Toiviainen says she suspects that one of the defendants shot at least 11 people in the massacre.

The two defendants, twin brothers, were freed last week by a court in Tampere, after a complicated, drawn-out trial. In its decision, the court said it was problematic to take testimony from anonymous witnesses via a video feed from Iraq.

During the four month court proceedings, prosecutors had demanded the defendants receive life sentences for murder – or 12 years in jail for accessory to murder.