This is the utopian nightmare that EU officials have bequeathed the populations of member EU states. © DPAThere was a huge crowd at the press conference, where the police announced the arrest on Saturday. This will now provide discussion material.

After the murders in Freiburg, the police arrested a 17-year-old Afghan refugee. His hairstyle gave him away. The case will be a matter for debate.

On Friday morning, Martin Jäger (CDU), secretary of state in the Baden-Württemberg Ministry of the Interior, had announced in Freiburg to send 25 additional prepared policemen to the city, swept by two sexual murders. At 12:30 of the same day the police were able to investigate the alleged murderer of 19-year-old medical student Mary L. arrest in Freiburg’s Littenweiler: It is a 17-year-old Afghan refugee living with a family; As a so-called “unaccompanied, underage refugee” (UMA), he was illegally admitted to the student city in southern Baden in 2015.

“Four days after it was clear from the DNA of the haircut of the alleged perpetrator coincided with the material we found on the victim, we could arrest him,” said Criminal Councilor David Mueller on Saturday afternoon in Freiburg. After the arrest of another DNA sample was taken and into the night on Saturday in Landeskriminalamt (LKA) was analyzed in Stuttgart, so the investigators are now very sure to have found the correct culprit.

The medical student, Maria L., daughter of a high EU official, was raped near the Black Forest Stadium on the night of October 15-16, and was found drowned shortly afterwards in the river Dreisam. Whether she was thrown unconscious into the Dreisam after the rape, or whether the murderer violently drowned her, is to be clarified by further investigation.

It is unclear whether victims and perpetrators knew each other

The young woman had come with her bike from the “Big-Medi-Night”, a party of medicine students, and was then attacked on the illuminated bicycle path around 3 o’clock. The police had thoroughly searched the crime scene and also had the branches of a blackberry hedge cut and analyzed on the banks of the Dreisam. In this hedge the investigators found a hair 18.5 centimeters long. “It was this optically striking hair in the thorn bush that we noticed,” said Müller. The dyed hair formed the basis for further research: for seven days, seven detectives evaluated the video recordings from the tram line 1, which leads to the vicinity of the crime scene. Video recordings with a volume of 13 terabytes were available. A young man with an “undercut haircut”, who had also dyed a braid, drew the officials’ attention. “After the technical review of the video recordings, the man could then be screened and checked on 2 December,” said Müller.

It is still unclear whether the refugee accidentally met his later victim at the Dreisam or whether he knew the medical student. It still needs to be ascertained whether there is a connection to the murder of the jogger Carolin G., who had also been raped and murdered on a path in the vineyards at the beginning of November in the Kaiserstuhl-town of Endingen. Until now, the investigators could not see any connection, the trials should have been very different, and there is currently no usable DNA material. In the region – and especially in the social networks – rumors are circulating that it could be a serial offender. There is no evidence for this.

For years, politicians have called for more police officers in Freiburg

The murders in Freiburg have also led to a political discussion about the staffing of the police and the investigation impediments in the analysis of DNA traces. Police have demanded a better staffing of the police in Freiburg for almost ten years. The situation in the Dreiländereck has made the city subject to a high degree of crime, but not in the case of serious crimes.

H/T: Vlad (who was first with actual pics of the victims.) 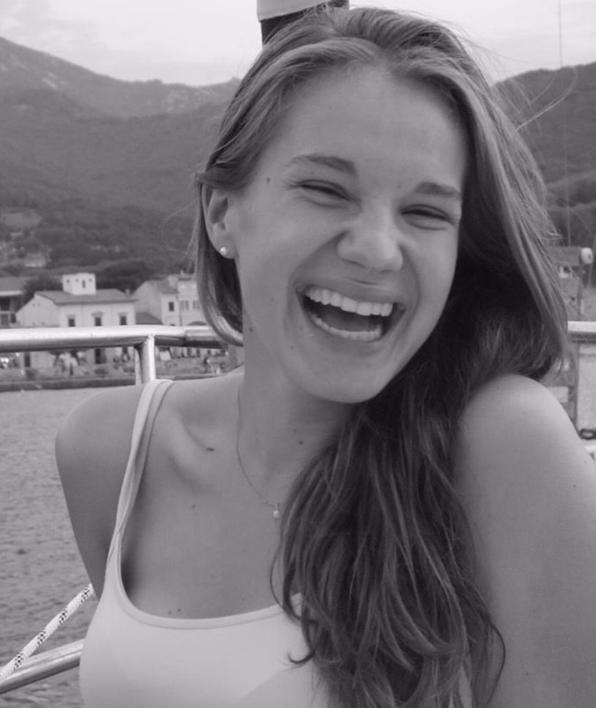