It’s the most dangerous time of the year……..

UPDATE: It was a pop-tard attack

The death toll from an Isis-claimed car bombing in Baghdad, Iraq, has risen to 78, according to Iraqi officials.

More than 160 people were wounded in the attack on a market in Karada, a Shia-majority neighbourhood, as families and young people were out on the streets after breaking their daylight fast for the Muslim holy month of Ramadan. 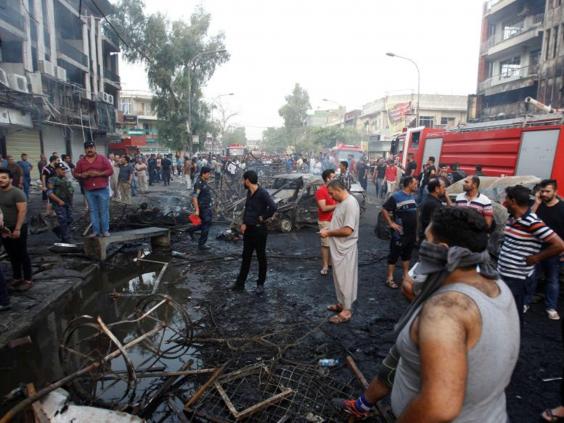 People gather at the site of a suicide car bomb in the Karada shopping area, in Baghdad, Iraq, 3 July, 2016 (Reuters)

Isis claimed responsibility for the first attack, releasing a statement to say a suicide car bomber targeted Shiites and warning “the raids of the mujahedeen [holy warriors] against the Rafidha [Shiites] apostates will not stop”.

There was no immediate claim of responsibility for the second bombing.