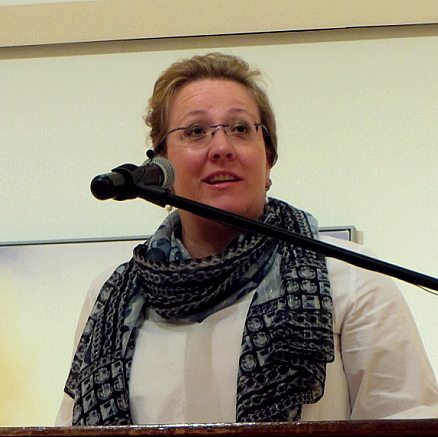 Elisabeth Sabaditsch-Wolff has just returned to Austria after an extended visit to the United States, where she was invited to speak by various anti-Islamization groups in different cities.

On April 21 Elisabeth spoke in Dallas, Texas at an event sponsored by the Dallas chapter of ACT! For America. She was introduced at the event by Lt. Col. (ret.) Allen West. Below is the prepared text for her speech. 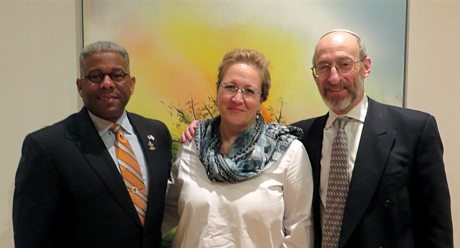 Thank you for inviting me to speak to ACT! for America here in Dallas, Texas. These are perilous times we are living in. Advocates for freedom on both sides of the Atlantic need to stand together!

For the past nine months Austria and the rest of Western Europe have undergone a profound transformation, one that will inevitably change the face of Europe permanently. I refer, of course, to the migration crisis, which began in earnest last summer, and is continuing as I speak to you. As the weather warms up and spring gives way to summer, we may expect the crisis to intensify even further. More than a million immigrants arrived in Austria and Germany via the “Balkan route” last year, and at least as many are expected to come this year — probably significantly more.

These migrants are generally referred to by our political leaders and the media as “refugees”, but this is hardly the case. Not only are most of them from countries where there is no war to flee from, but they are also overwhelmingly young Muslim men, of fighting age. In other words, the current crisis is actually an instance of Islamic hijra, or migration into infidel lands to advance the cause of Islam. The hijra goes hand in hand with jihad — once enough Muslim migrants have settled in the target country, violent jihad can begin.

It should be quite clear by now that the jihad phase has already begun in Western Europe. The most recent instances were the massacres in Paris and Brussels, which were acts of jihadcarried out by Muslims. Some of the terrorists were in fact “refugees” who had pretended to be “Syrian” and came in with the migrant wave.

And all of them were fighting jihad in the way of Allah, as instructed by the Koran.

I could take up my entire time slot tonight talking about the European migration crisis, and never do more than scratch the surface. However, I’d like to discuss one aspect of the crisis that is very important: the manipulation by the mainstream media of the news about the migrants.

A single example from a beach in Turkey will help give you an idea of what is going on. The image that sparked Western interest in the crisis was the widely-publicized photograph of the dead toddler on the beach in Turkey. That photo is an example of media manipulation. Not about the fact of the baby’s death, but what was done with his little body once he was dead. There is now ample evidence that the body was moved and arranged in place so that the most heart-wrenching photo could be taken. Furthermore, the father of the child was not a poor helpless refugee trying to escape to freedom, but an accomplice of the people smugglers who piloted the boat, who irresponsibly brought his family with him.

For journalists working for Der Spiegel or Le Figaro or The Guardian or CNN, the media narrative is more important than the truth. And the media narrative was (and is) that poor innocent refugees are drowning because they are left to die by evil Europeans.