This appeal was posted on April 7, and will stay on top until Tommy’s court date. Scroll down for more recent material.

Update: Progress reports on the appeal are being posted separately. Scroll down for more — looks good so far!

I never thought I would be using these “Free Tommy” graphics again, but here we are, five years after his first court case, appealing once again to our readers to help Tommy Robinson’s legal defense. 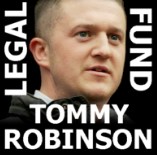 Tommy’s next court appearance is on April 14. Based on what happened to him the last time he was imprisoned, if he has to do another stretch inside he may not come out alive.

I’m told it will cost more than £10,000 for him to engage competent legal counsel. He does not have that kind of money, so please help by clicking the graphic on the right, or this link.

We can’t possibly raise that amount through this site alone, so I ask you spread the word by email, on forums, or on your own website.

A few details on his case…

The last time Tommy was in prison, he was locked up with hardened Muslim criminals who wanted to kill him. He was repeatedly attacked and beaten up, and ended up in the prison hospital more than once.

On one occasion he was locked in a cell with several Muslim prisoners, one of whom (a Somali, if I remember correctly) was about throw boiling water in his face. Tommy acted pre-emptively, knocked the boiling water away, and beat up the man who tried to throw it on him.

It is this incident for which he is being charged. 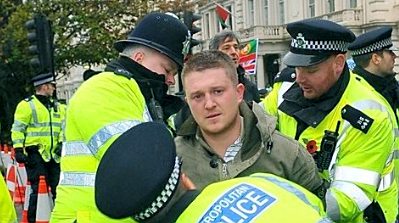 The real issue behind all these arrests is that Tommy speaks the truth about the danger to the British people posed by Islam. But he is no longer being prosecuted for “hate speech” offenses — the state does not want the substance of what he says to aired in an open courtroom and discussed in the national media. Thus other types of infractions must be found and other charges brought. The current case against him is simply the latest example of the repressive tactics being employed by the totalitarian British state. 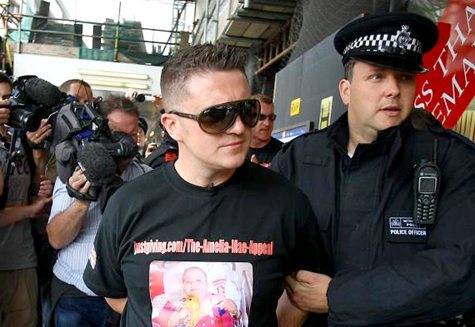 The Powers That Be were successful in “decapitating” the English Defence League — with the help of the Quilliam Foundation — and are now attempting to do the same thing to the recently established UK chapter of PEGIDA.
More here.