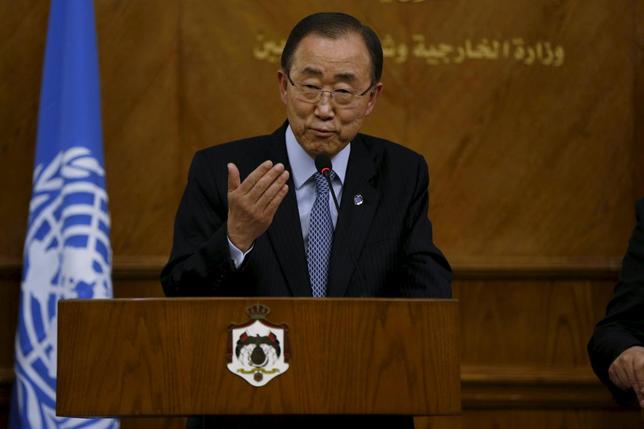 U.N. Secretary-General Ban Ki-moon regrets a “misunderstanding” over his use of the word “occupation” to describe Morocco’s annexation of Western Sahara, which led to Morocco expelling dozens of United Nations staff, his spokesman said on Monday.

Earlier this month Ban used the word “occupation” to describe Morocco’s annexation of Western Sahara in 1975, when it took over the arid territory along the Atlantic Ocean from colonial power Spain.

“His use of the word was not planned, nor was it deliberate, it was a spontaneous, personal reaction. We regret the misunderstandings and consequences that this personal expression of solicitude provoked,” U.N. spokesman Stephane Dujarric told reporters.

The controversy over Ban’s comments is Morocco’s worst dispute with the United Nations since 1991, when the U.N. brokered a ceasefire to end a war over Western Sahara and established a peacekeeping mission, known as MINURSO.

NOTE: Morocco has no right to Western Sahara any more than Turkey has a right to Northern Cyprus. This goes to show you just how corrupt the UN really is.