I wish we wouldn’t be learning about this, that it would have been kept secret, but now that it’s out.

H/T: ChanahS.: “Imagine how rabid they are if–any how any more incidents we would have had without this tool…” 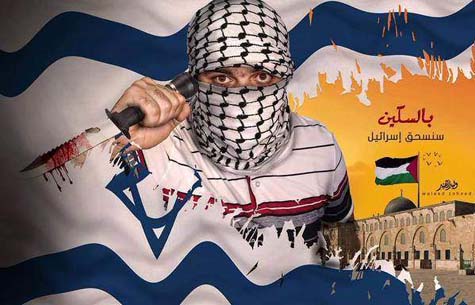 After six months of a terror wave comprised mainly of “lone wolves,” individuals who decide on the spur of the moment to go out and kill Jews, making it impossible for security forces to identify them in advance — it appears that Israel’s security apparatus has come up with a solution, Channel 10 News reported Sunday. In fighting terrorism it is crucial to receive early warnings about upcoming attacks, and Shabak, in collaboration with Military Intelligence and the IDF Central Command, has managed to develop an algorithm which responds to incitement key words — mostly in Facebook posts.

Israeli security forces report that dozens of potential attacks have been prevented or foiled in mid-execution relying on the new method.

It appears that the inspiration for the algorithm came from the PA security apparatus, which has been keeping watch on the social networks to arrest dozens of potential attackers. But while Israel arrests and punishes the terrorist wannabes, the PA only issues them warnings.

Israeli leftwing media have been complaining since last October that the IDF prosecutor in Judea and Samaria has been processing numerous cases in which the indictments came down to catching the accused in sharing the picture of a shahid (martyr). Addameer, an NGO defending Arab prisoners’ affairs and human rights, cited as many as 150 cases brought in since October, where the sole, or central charge has been incitement over social networks.