This explains the ”out of the closet” approach by Bernie Sanders in trumpeting his socialist credentials (regressive pre-Enlightenment jabberwocky). 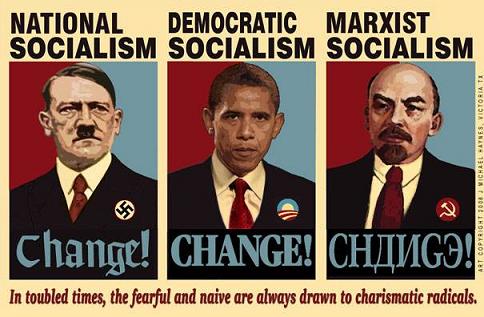 This also underlines a point I’ve made from time to time over the years, that though Ronald Reagan and the conservatives won the Cold War against the Soviets in the last century, a colossal achievement, the West however, did not win the war of ideas against socialism itself.

We are now stuck with a resurgence of favoritism for that failed ideology, in this generation, due to the failure of the last generation to properly address it. During the entirety of the Cold War, the West railed against communism, but hardly ever addressed socialism with equal vigor.

The reasons for that are plenty, but chiefly among them was successive US administrations’ decision to turn a blind eye to the socialism of their NATO allies, a bulwark against Soviet expansionism.

NOTE: This is all the more reason why we need a conservative candidate who has internalized core enlightenment values, free market principles, property rights, individual sovereignty etc. The stakes are too high, we can’t afford to follow someone learning these basic core values on the stump, we need someone who has been living them all his/her adult life, and able to convey them to the public, winning both hearts and minds.

A new survey from YouGov finds that millennials have more favorable views of socialism than of capitalism.

As Santayana said, those who do not remember the past are condemned to repeat it. Less than two decades after socialism seemed to have been confined to the dust-heap of history, another generation may have to learn hard lessons.

Seniors, after all, experienced the long-standing intellectual battle between capitalism and socialism played out in real life. They witnessed a post-war economic euphoria grind down into a socialist malaise, only to be reinvigorated by a global embrace of disruptive technology, deregulation, and global trade.

“Never in history have the living conditions and prospects of so many people changed so dramatically and so fast,” the UN Human Development report said.