It’s rich because the death panel claim is true, and that the Obama administration and Dem operatives in general have used every trick in the book to fool the American people to swallow Obamacare in whole, and they keep refusing to do so, in spite of the Democrat Info-war memes they keep burping up. 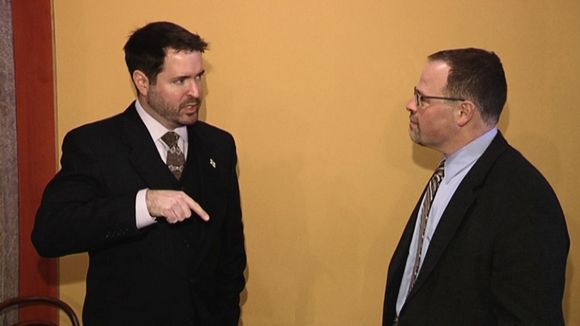 About a hundred government officials this week have been delving into modern information influencing with the help of American expertise. Behind closed doors the clarification of Finland’s own message has been practiced. The most concrete piece of advice is not to repeat what is viewed as a false allegation.

Do not repeat the wrong information

Massachusetts University of Technology, MIT Professor of Political Science, Adam Berinsky, who has researched formulation of public opinion and dissemination, gives one concrete piece of advice: information considered to be wrong is never worth repeating.

– The argument may be familiar to the hearer, and it may be the only thing he remembers from your message, Berinsky guides.

Berinsky cites as an example the US health reform, around which rumors swelled loosely when it was alleged, for example, that it would bring death sentences to the elderly.

– Repeating rumors will not help get your message across, but it may on the contrary increase their power, Berinsky warns.

The trouble with that is, it’s indeed a fact that costs are taken into account in how to access the care of the elderly in Obamacare through (death) panels. They alone decide who is viable enough to receive care (as opposed to doctors on the scene) through setting policy in a traditional one size fits all, cookie cutter, big government bureaucratic kind of way.

The Death Panels Are Coming

Obamacare architect Jonathan Gruber quite correctly attributed the passage of Obamcare to “lack of transparency” and the “stupidity of the American voter” – because it turns out that Obamacare will ration care, and that the most well-respected bodies in terms of health rationing have already recommended cutting off services.

The US Preventive Services Task Force is an independent body authorized by Congress to make “evidence-based recommendations about clinical preventive services such as screenings, counseling services, or preventive medications.” And since the onset of Obamacare discussions, the Task Force recommendations for treatment and screening have become less and less generous. In November 2009, the Task Force recommended that mammography for women every other year between the ages of 50 and 74. They admit that they have insufficient information to suggest that it would be fruitless to screen after 74, and they say that case-by-case screenings should take place before 50.

The Mayo Clinic, by contrast, recommends annual mammograms for women above age 40; so too does the American Cancer Society. As Dr. Sandhya Pruthi of the Mayo Clinic writes, “Findings from a large study in Sweden of women in their 40s who underwent screening mammograms showed a decrease in breast cancer deaths by 29 percent.”