Leftists (economic ignoramuses) will champion this as a “boon to the economy“.

In reality it’s a drain. Money taken from the private economy is that much currency taken from wealth creation, in an artificial wealth distribution scheme for whatever pet project the not-so-clever ruling elite has designed.

By Will Heilpern, for CNN 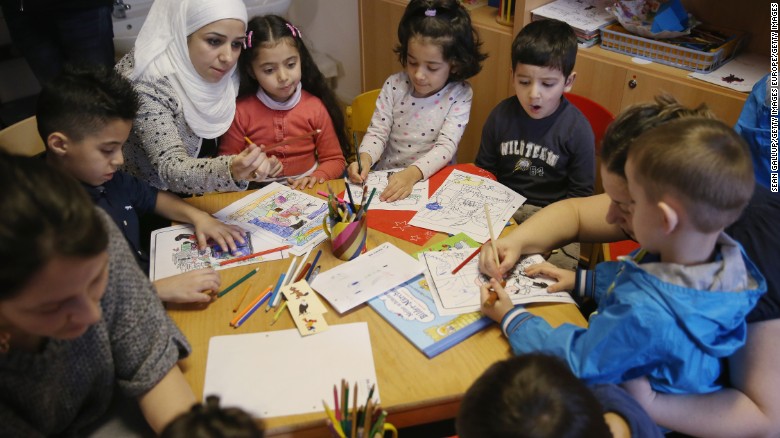 (CNN) Germany has recruited 8,500 extra teachers to educate child refugees this year, according to German media.

The teachers have been hired to give special language lessons to the 196,000 asylum seekers of school age who entered Germany in 2015.

“Schools and education administrations have never been confronted with such a challenge,” Brunhild Kurth, who heads Germany’s education authority, told Die Welt newspaper.

“We must accept that this exceptional situation will become the norm for a long time to come.”

Because schools in Germany are organized by federal states, information was collected by the newspaper on a state by state level, rather than nationally.

CNN obtained confirmation that 300 additional teachers of German as a second language have been hired this year in Saxony, a state in the east of Germany. The state plans to recruit 190 more by February.

“It’s an immense challenge … but we are full of confidence that we will cope with the influx of refugees at school,” Manja Kelch, press officer for Saxony’s Ministry of Education and Cultural Affairs, told CNN.