This is what I said about him at the time:

Thanks to the genius of Teemu Sinkkonen, we in Finland need not worry about the potential headchoppers flowing into our country, because he’s got it all figured out. That he can’t say what these (former?) jihadis were involved in because he hasn’t the foggiest idea, doesn’t deter him one bit, just by the prowess of his intellect he is able to look past the huge lack in information of these jackals and tells us, all is well, there’s nothing to see.

Now what’s really a problem is the native Finns who see the muslim settler invasion as a threat to their civil society, and do not want to burden themselves, and saddle their children and future generations, with the problems that arise from importing mass numbers of people who will not assimilate, who hail from different cultures and embody different morals and values than themselves.

That’s right, Mr.genius is worried about Finns, because within us carries the seeds of racism and bigotry, not the Muslims, no not the muslims, even the ones running around with armed groups who are guilty of some of the most horrendous barbaric acts imaginable.

Sinkkonen backed up his view by saying that the extremist group has mostly operated in Syrian conflict zones and has not extended its destructive activities to other countries directly.

“The only thing that might have something to do with a terrorist threat is the recruitment custom whereby the group attempts to draw in more combatants,” he says. “It is very probable that people with this sort of background have abandoned such militant involvement and are genuinely seeking asylum.” 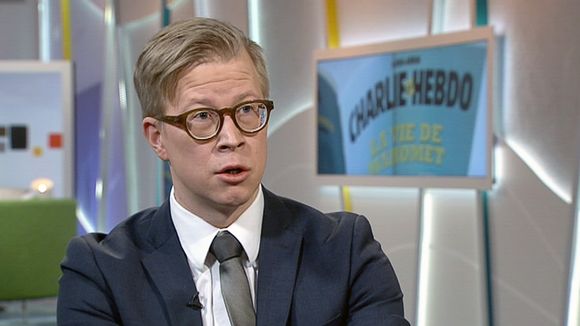