And the Finnish PM said to them all: Come on in, and I’ll even give you the keys to my house! 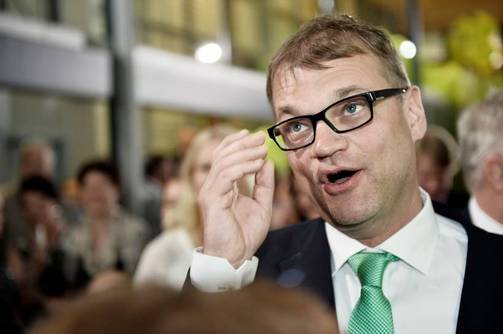 Do you have any information about people smugglers?

Yle’s A-studio discussion programme has found that many of the asylum seekers entering Finland in search of peace and security are racking up massive debts in order to make the journey from war-torn territories.

Their creditors are often criminal groups who call in their debts using threats and extortion.

A-studio interviewed Kari Kettunen, the head of the Coast Guard’s anti-crime unit in the Gulf of Finland. He said that the phenomenon isn’t new. The Gulf of Finland unit is currently a central player in intercepting and investigating illegal attempts to enter the country.

“As far as we know, there are an estimated few dozen extortionists at the moment. For the most part they share the same background as the asylum seekers they are fleecing. These extortionists work with foreign criminal organisations,” said Kettunen, who heads the unit’s anti-crime operation.

According to officials the people smugglers may threaten asylum seekers or their family members who remain in their home countries. The traffickers typically make contact either directly or via phone calls.

Meanwhile the smugglers’ victims are often isolated from other members of their society or kept in check in other ways, however there is little evidence of physical violence.

“In our investigations we haven’t come across any cases where any threats have been carried out,” Kettunen told A-studio.

The human traffickers often resort to extreme measures to recover the money they’re owed. The sums may range from 1,000 euros to tens of thousands.

“In our investigations we’ve come across cases where people have joined underworld groups to repay their debts. They may be involved in small scale human smuggling or drug trafficking or some other kind of criminal activity,” Kettunen explained.

Contrary to the situation in other parts of Europe, asylum seekers in Finland have generally not had to resort to prostitution to pay off their shady creditors. On the other hand, they have often turned to the illegal labour market.

“One major trend that we have observed for some time has been people ending up working illegally in Finland to earn money for their debts,” he said.

He noted that such individuals are in great danger of becoming the victims of human trafficking; otherwise they may not be protected by standard workers’ rights or on-the-job safety.

“Now that a sizeable number of asylum seekers is entering Finland, we can easily forecast that this phenomenon will grow at the same rate,” Kettunen remarked to A-studio.

The anti-crime chief said that Finnish Border Guards have a good handle on the developing situation.

“I seriously believe that the Border Guards have a clear picture of how these criminal organisations operate. We and other officials are currently working hard on this,” Kettunen declared.